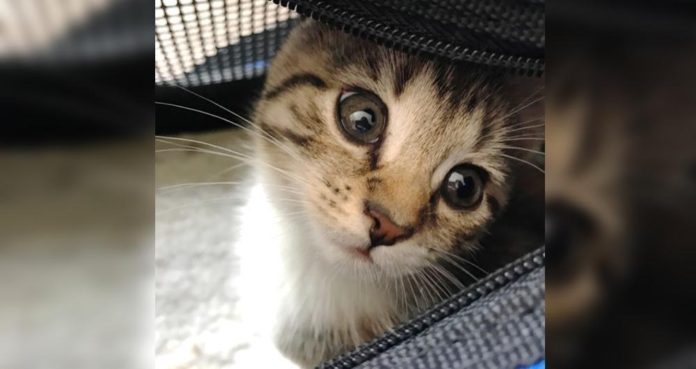 A woman went to get cat food for her 17 year old cat but came home with a little kitten instead. 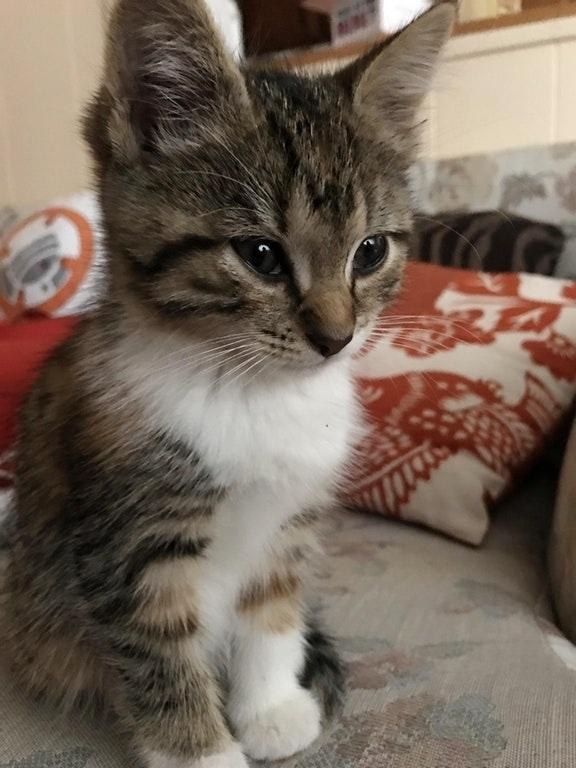 Six months before Stephanie Javarauckas found Khaleesi, she adopted a 17 year old tabby cat, Sable, who has severe separation anxiety. The senior kitty was rescued by Feral Cats of East Windsor (Connecticut) from a neglectful household.

“She came from a home where she got no attention for seventeen years until I stepped in six months ago, and now she owns the house,” Stephanie shares the story with Cat Concerns.

But Sable constantly craves attention and gets anxious when her humans are not around. Stephanie knew that they needed to take some action. 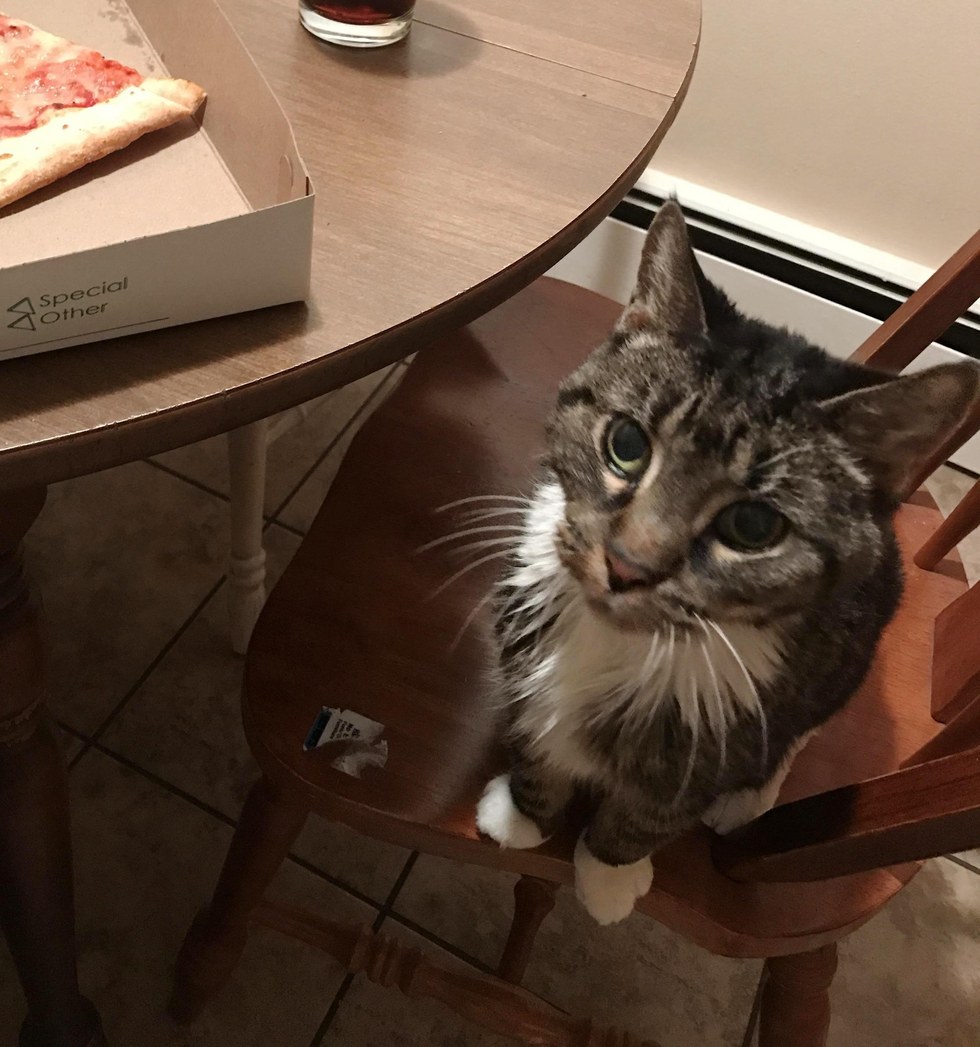 Khaleesi was at the adoption center when Stephanie decided to stop by and meet some shelter cats. The sweet kitten, who looked like a mini version of Sable, immediately came up to her and looked at her with those big kitten eyes.

“This was the look that did me in,” Stephanie said. 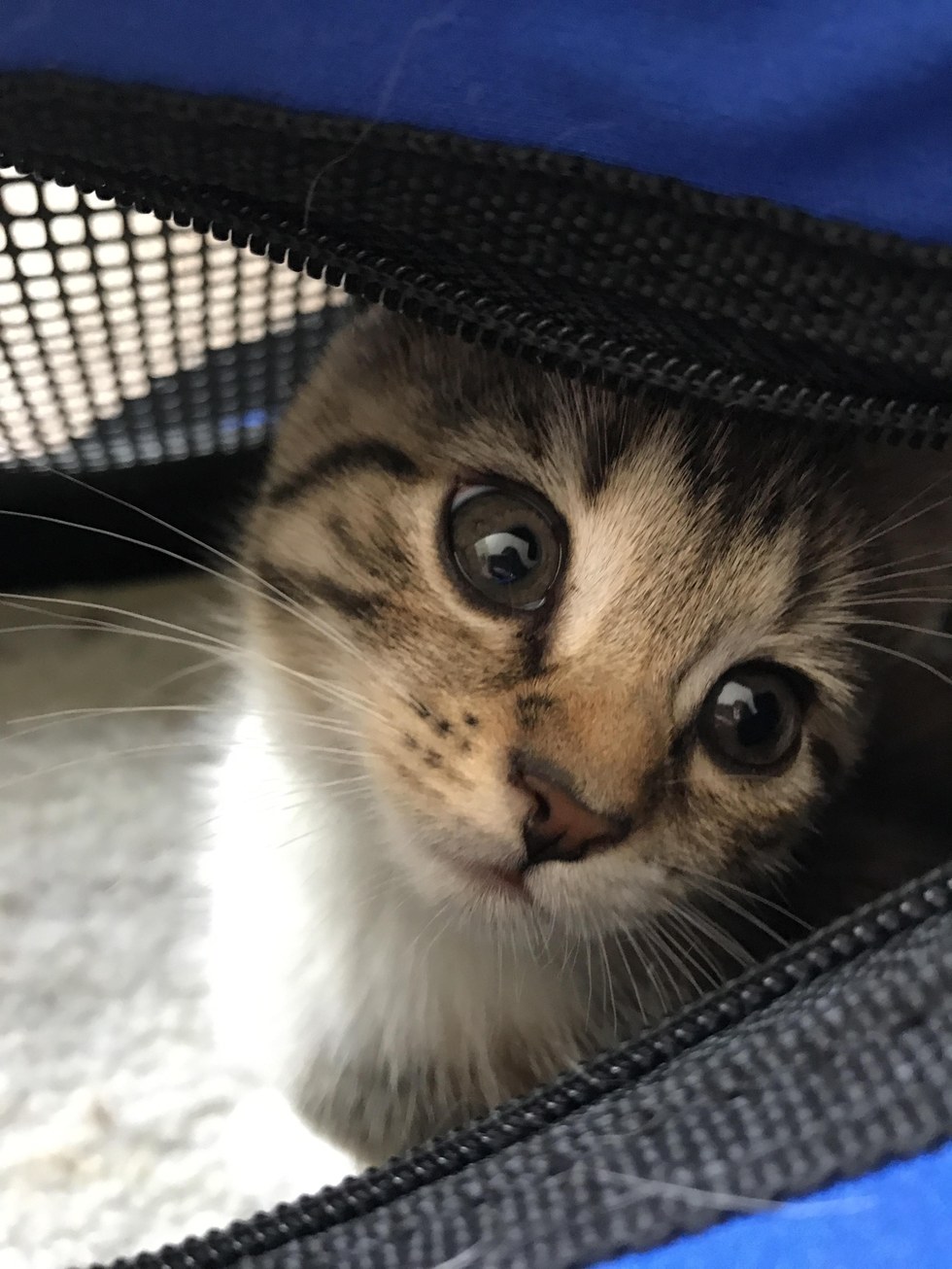 “Once I met this small kitten I knew that she and Sable would be a good match,” she said. “I really want my old baby to have someone so she doesn’t cry all day when I’m not around.”

The kitten needed a home and Sable needed a friend. “It was a win win for both involved.” 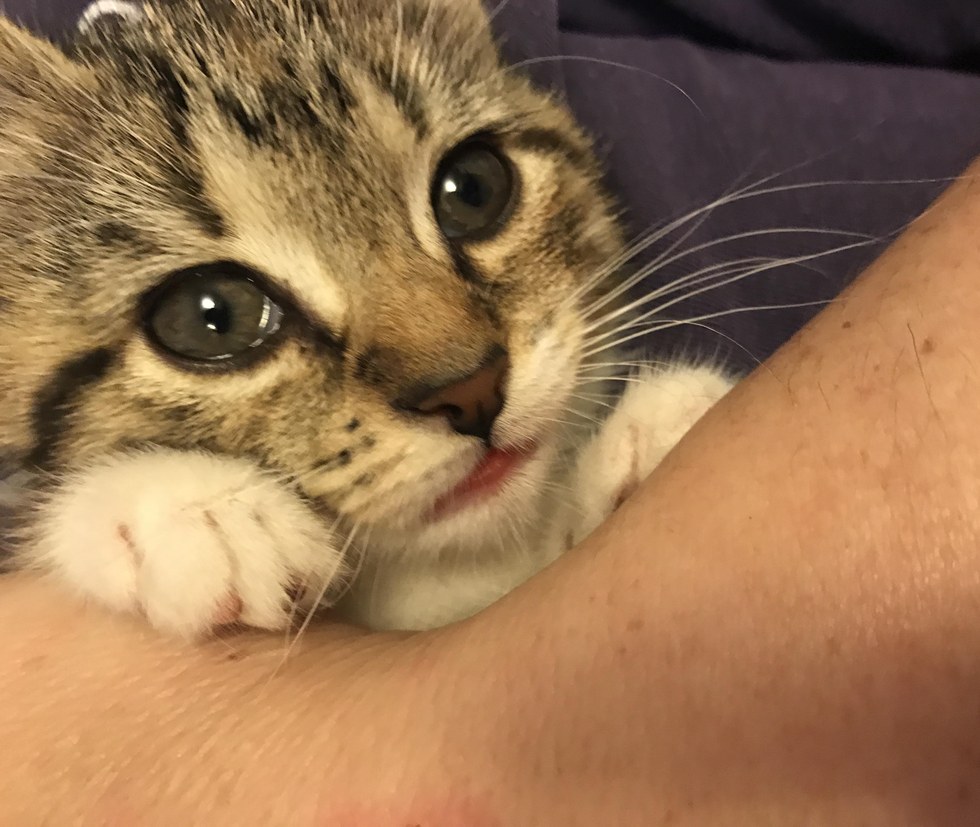 After Khaleesi came home with Stephanie, she cuddled up to her new family, purring up a storm.

On the very same day, the little kitten received a warm welcome from her 17-year-old feline friend. 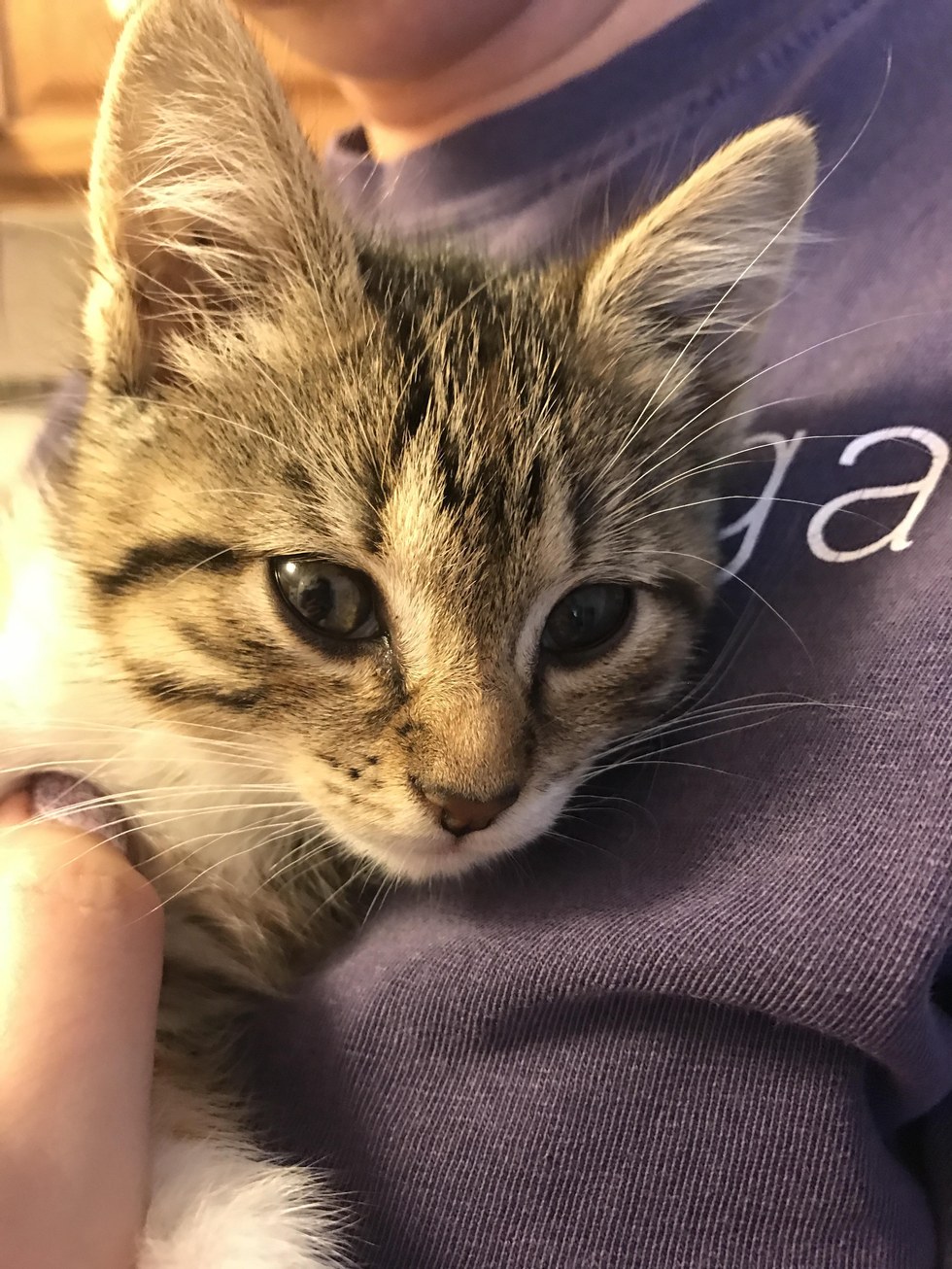 Sable the sweet old gal took to the mini-her right away. “They get along pretty well,” Stephanie told Love Meow.

“So far the only hiss was when Khaleesi attempted to steal Sable’s food. Sable even lets the little one play with her tail. Pure and amazing.”

Sable is happy to have company and she will never feel alone any more. 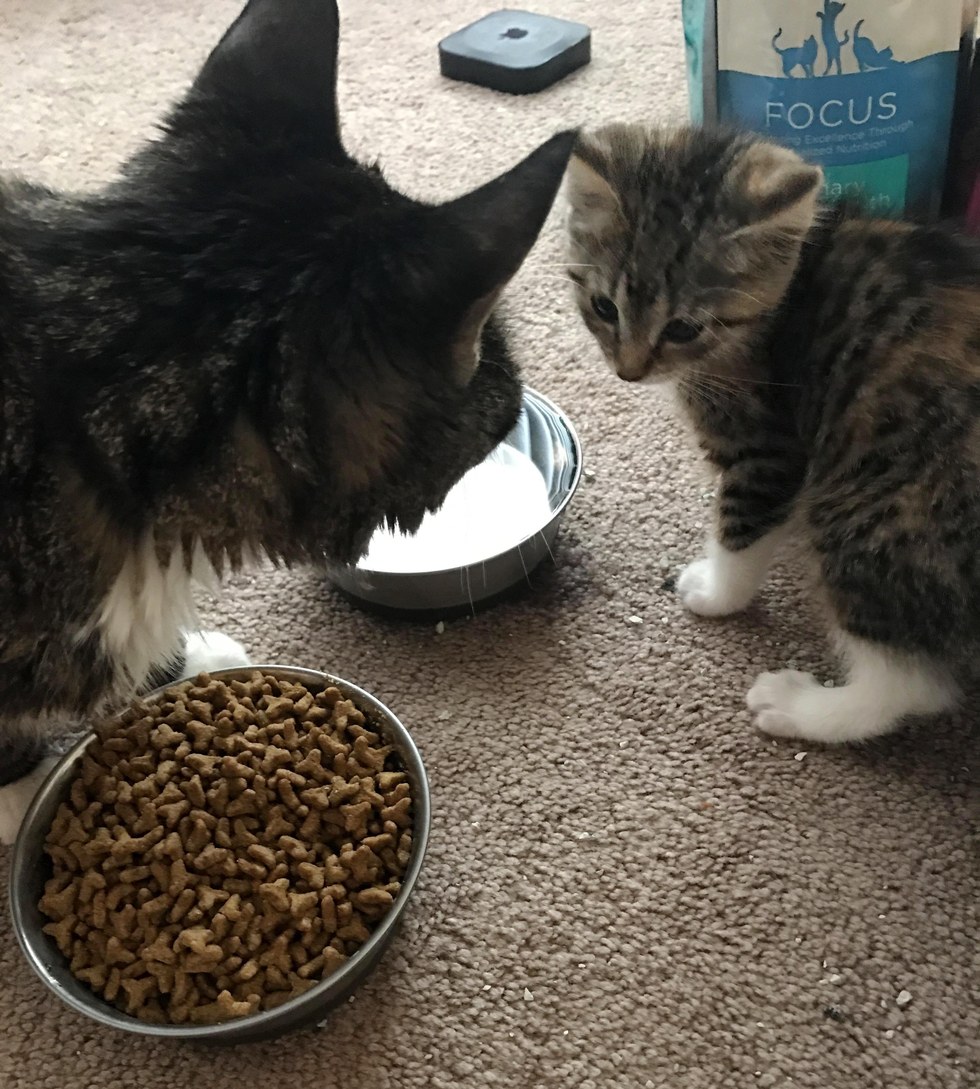 Man Breaks Down When Reunited With 20yo Deaf/Blind Cat