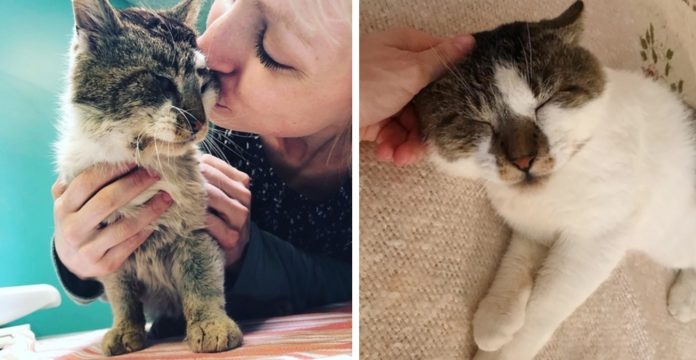 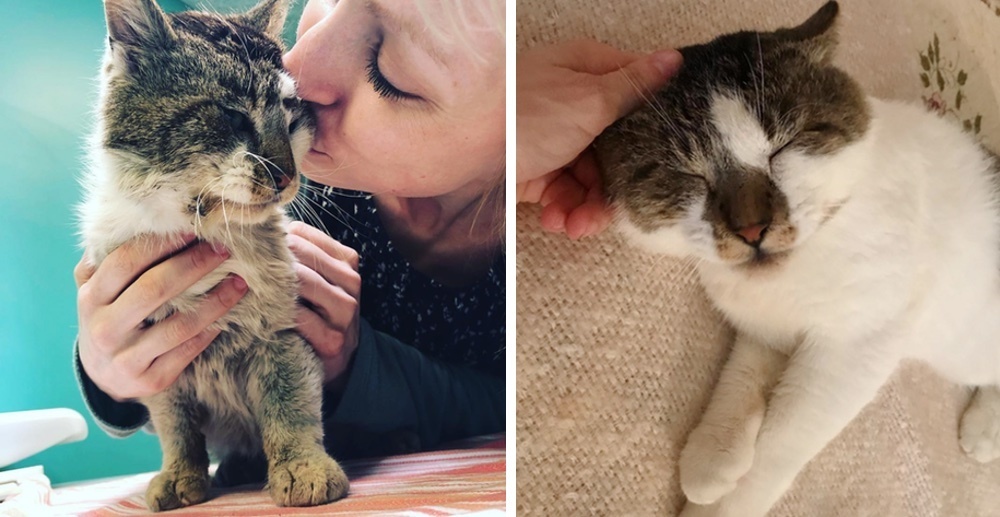 A cat named Otto found saving grace when he was taken in by The Odd Cat Sanctuary in Salem, Massachusetts.

“Life has not been kind to him. That all changes now,” Tara Kay, founder of The Odd Cat Sanctuary, said. 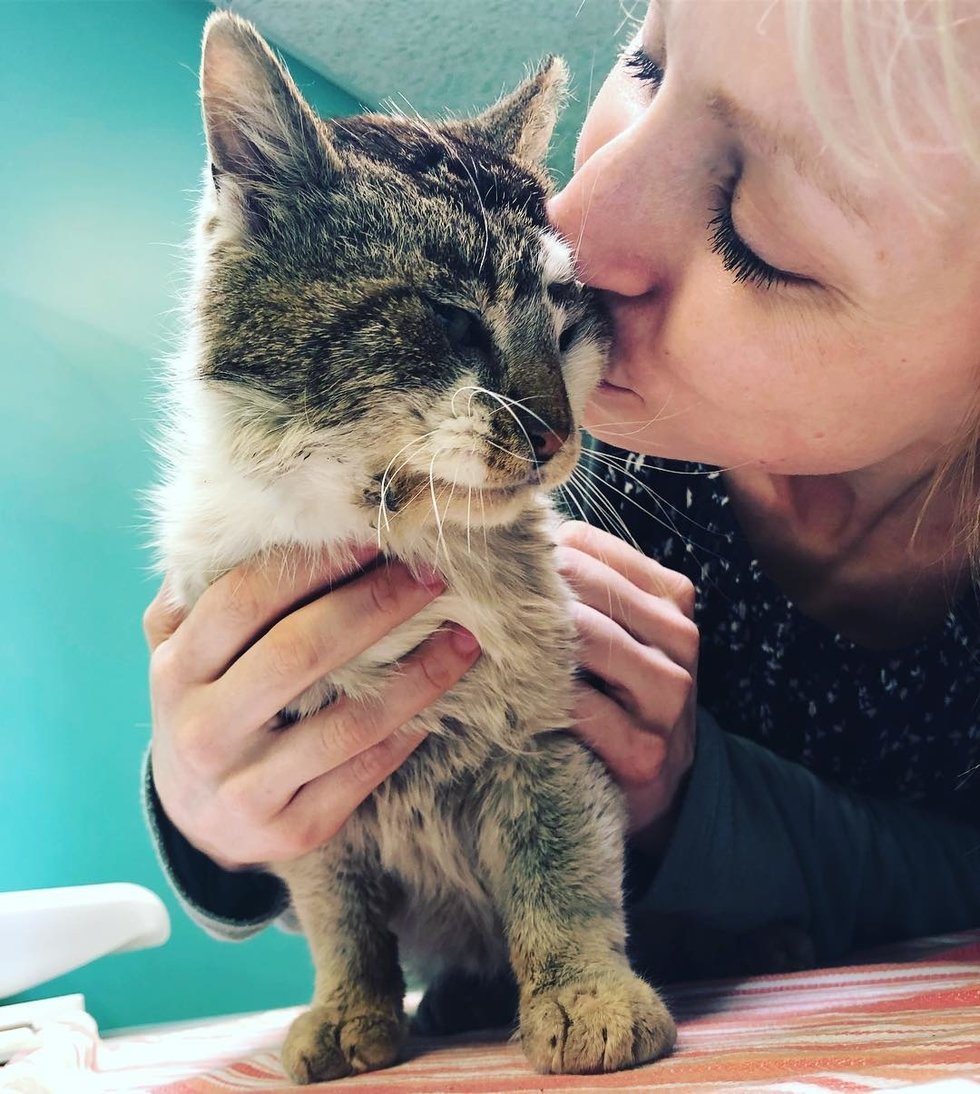 Otto was found hit by a car with many old puncture wounds throughout his body. A Good Samaritan found him lying in the street and took him to a shelter where his fate became uncertain. He was in terrible shape and weighed just five pounds.

When Tara heard about Otto’s plight, she immediately rushed to rescue him. “The Odd Cat Sanctuary exists to save cats just like Otto,” Tara added.

The 2-year-old kitty was very frail when he arrived at the rescue. “He was found with a broken leg and missing patches of fur all over his bruised body. We saw something special in him, as we always do.” 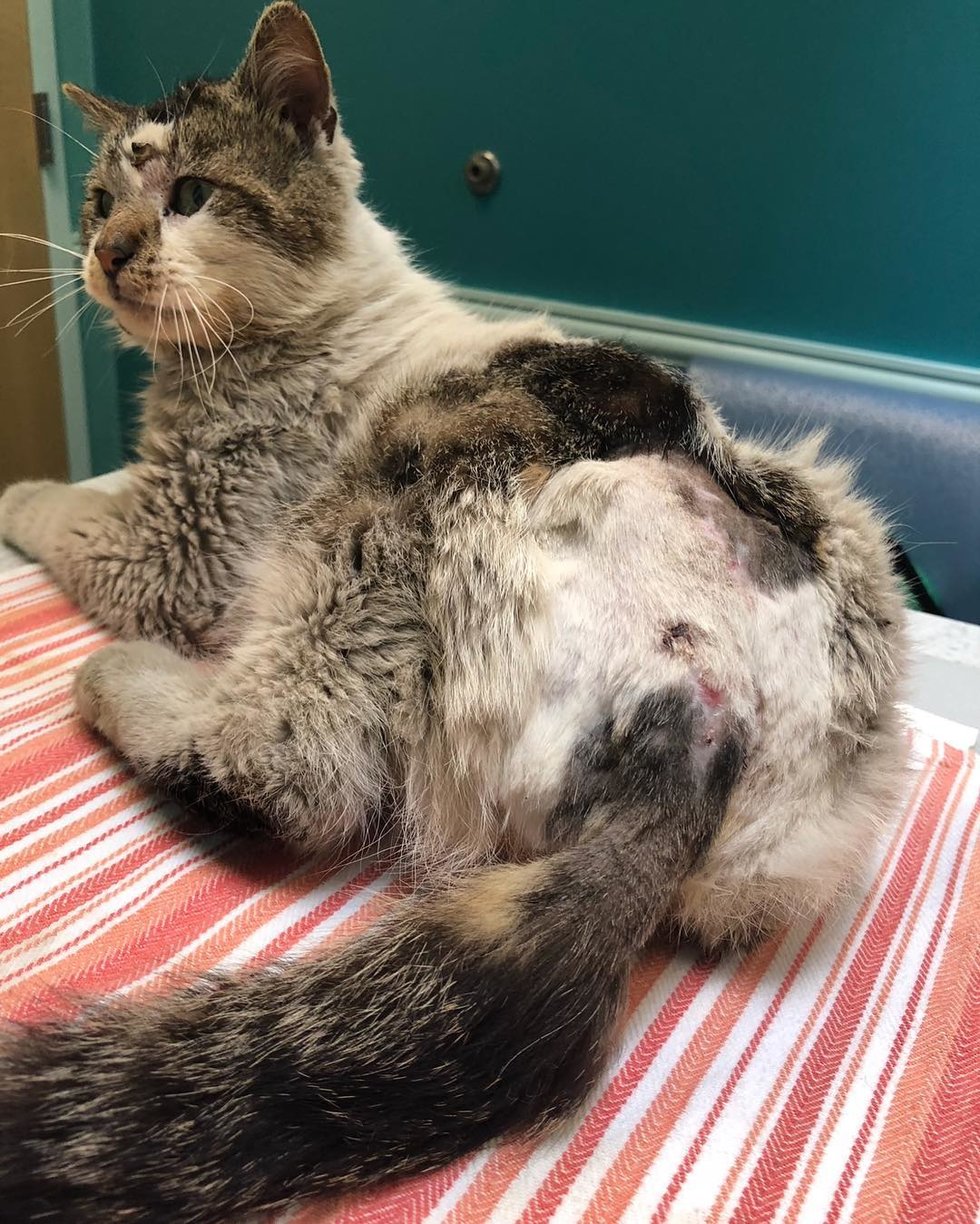 Tara took Otto to the vet to get him the medical attention he desperately needed.

Despite what he had gone through, Otto never stopped purring and was so happy to be safe and loved. 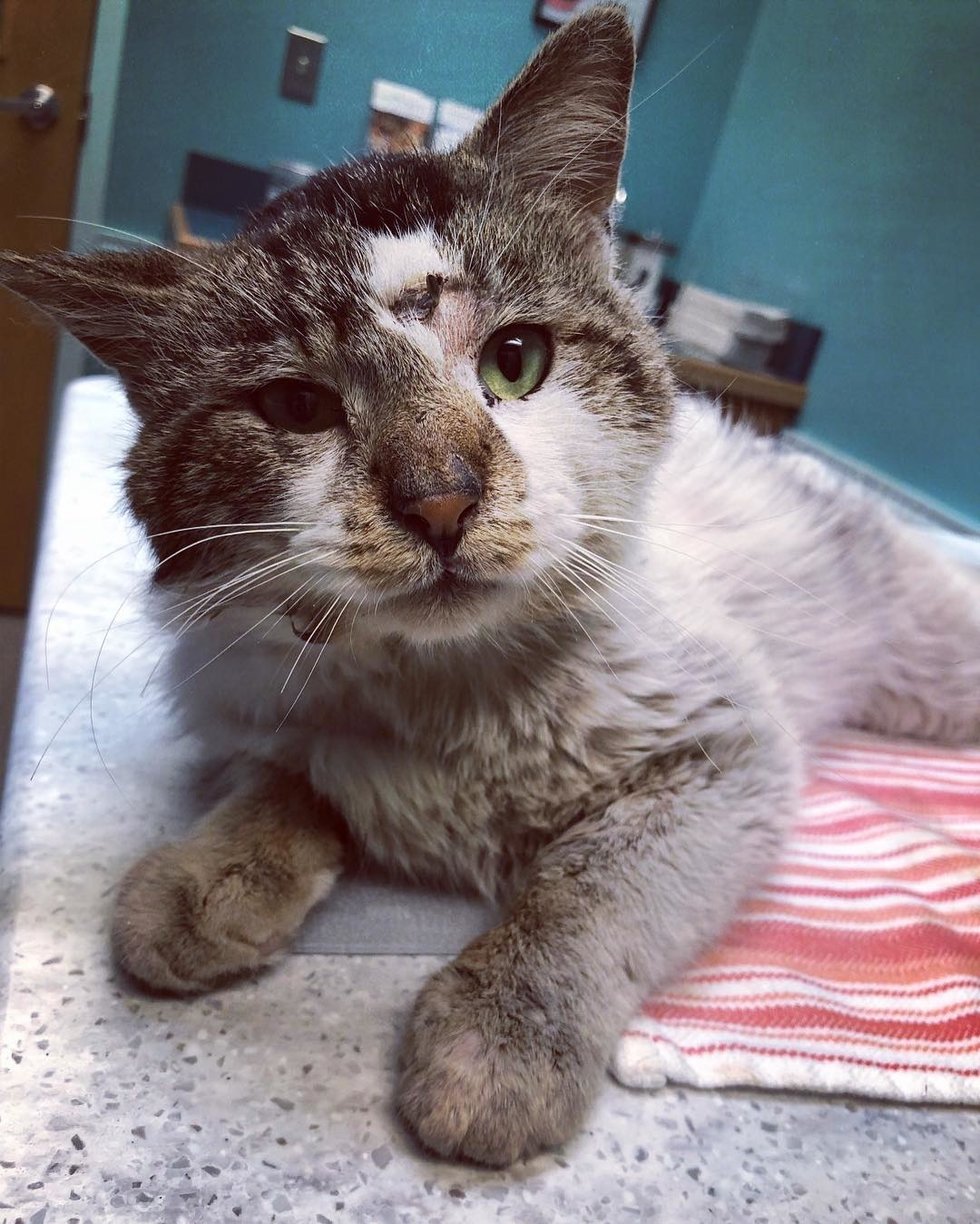 He snuggled up to Tara and reached out to her for some extra pets and head scratches. “He was in really rough shape physically but mentally all he ever did was purr and want to be loved,” Tara told Love Meow.

Otto the odd cat on Instagram: “Welcome to the @theoddcatsanctuary otto?
.
.
.
#love #hope”

Otto started his recovery at a foster home. He was feeling better every day.

The sweet kitty can get around with his three good legs and is very affectionate, constantly seeking attention from his foster mom. 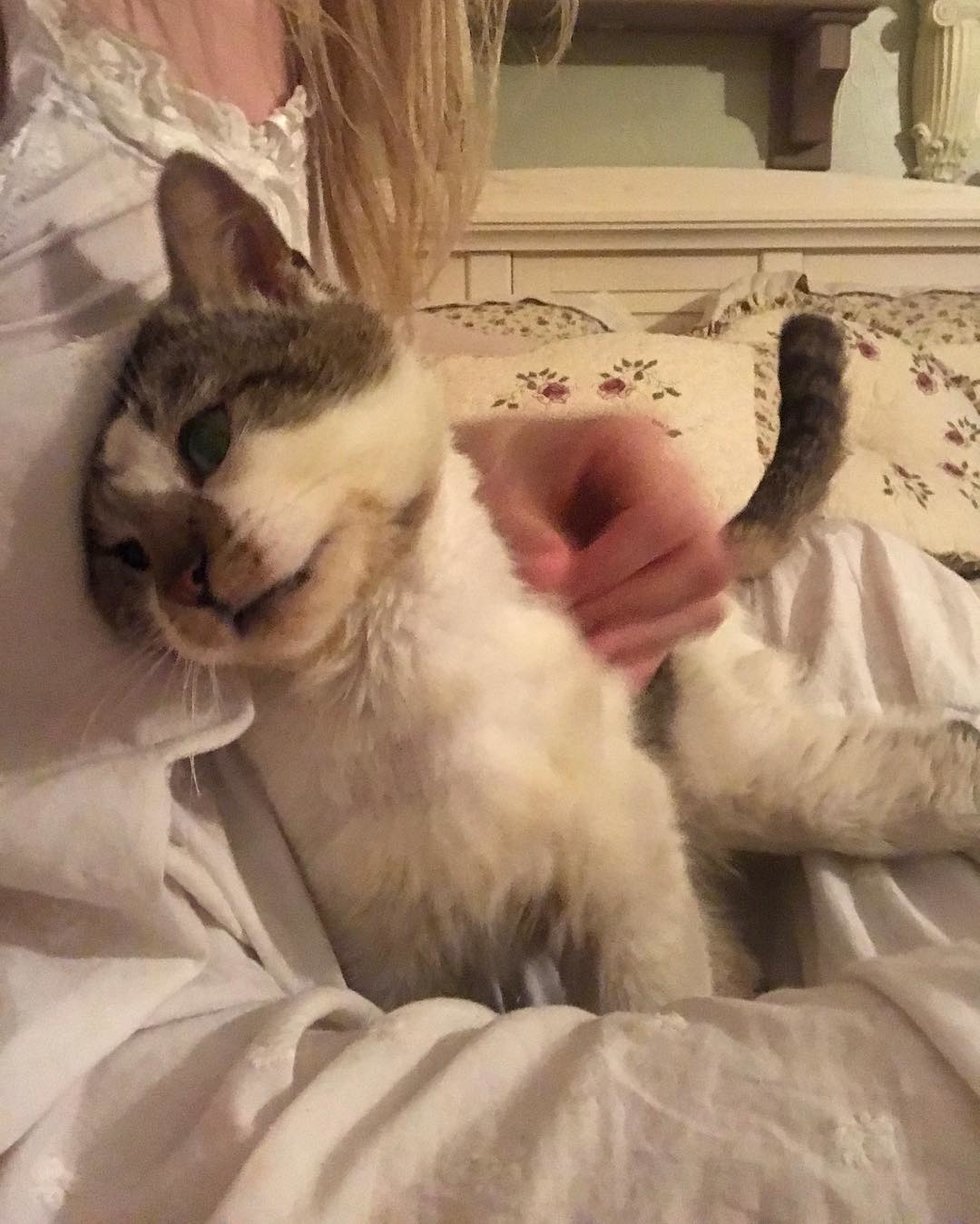 The resilient kitty made small steps each day. The wounds on his body healed up nicely. He regained his appetite and had really filled out since day one.

Otto enjoys sitting on his foster mom’s lap and will play by pawing at toys. 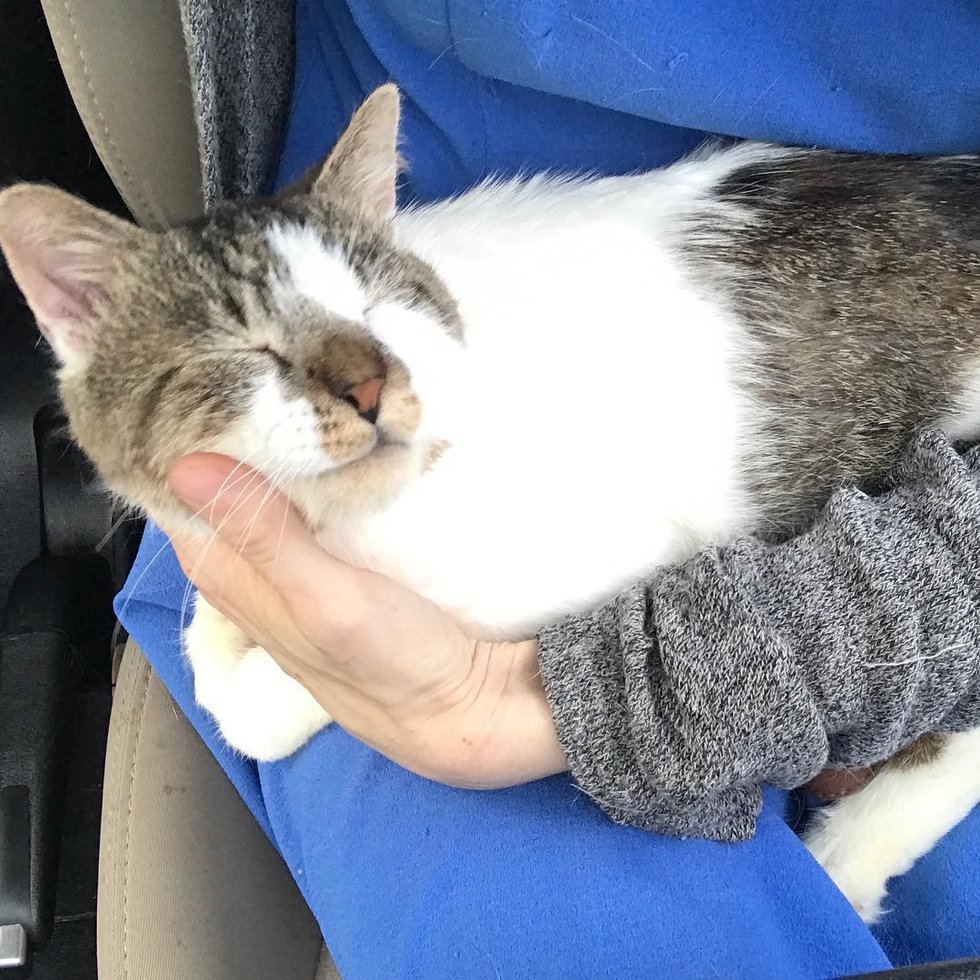 “He loves to talk and has the cutest little chirp of a meow. He loves his comfy bed and catnip but most of all, he loves that he is now safe and loved.”

Otto is now healthy and strong enough to have his leg surgery this coming Tuesday. 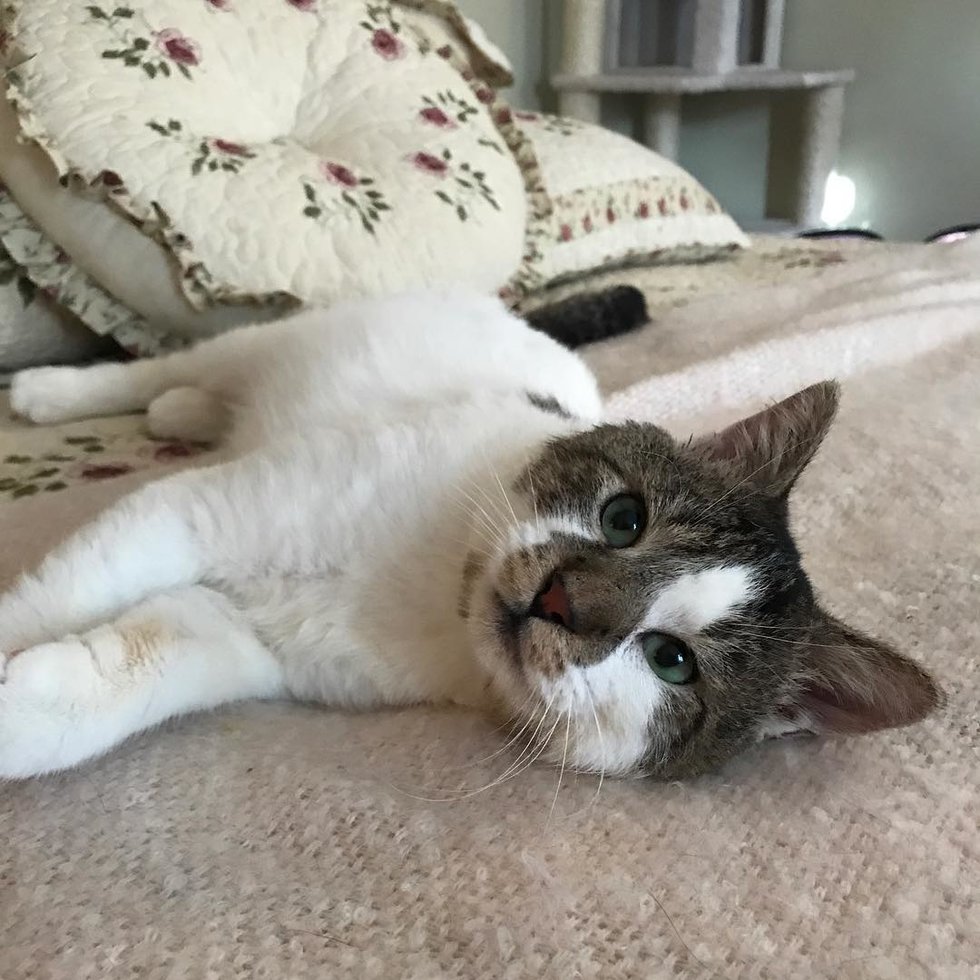 “No words to describe how special it is to watch this boy blossom,” Tara said. “He has made amazing strides in his foster home.”

He has transformed from a scared boy in very tough shape to now a happy and affectionate cat. 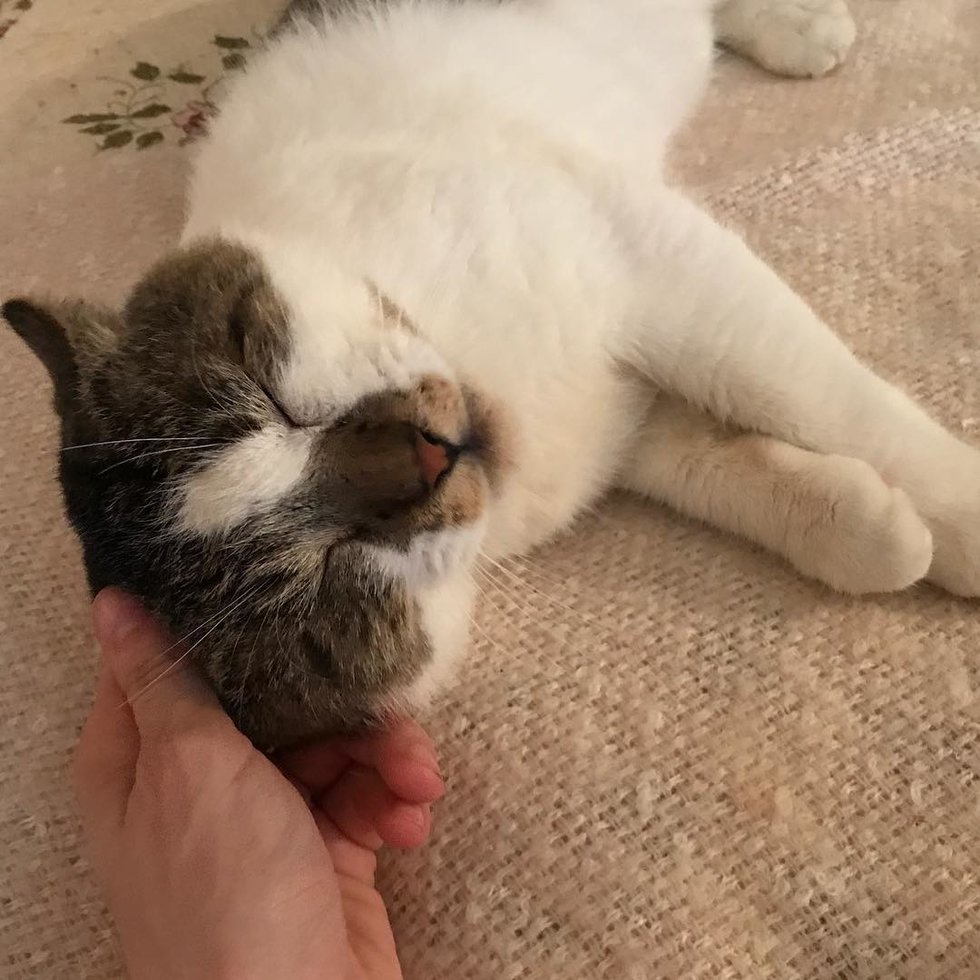 “He has such a strong will to live even with his broken down body at first. He really has cleaned up well. All his scars have filled in with fur, he even has a heart shape pattern on his back,” Tara told Love Meow. 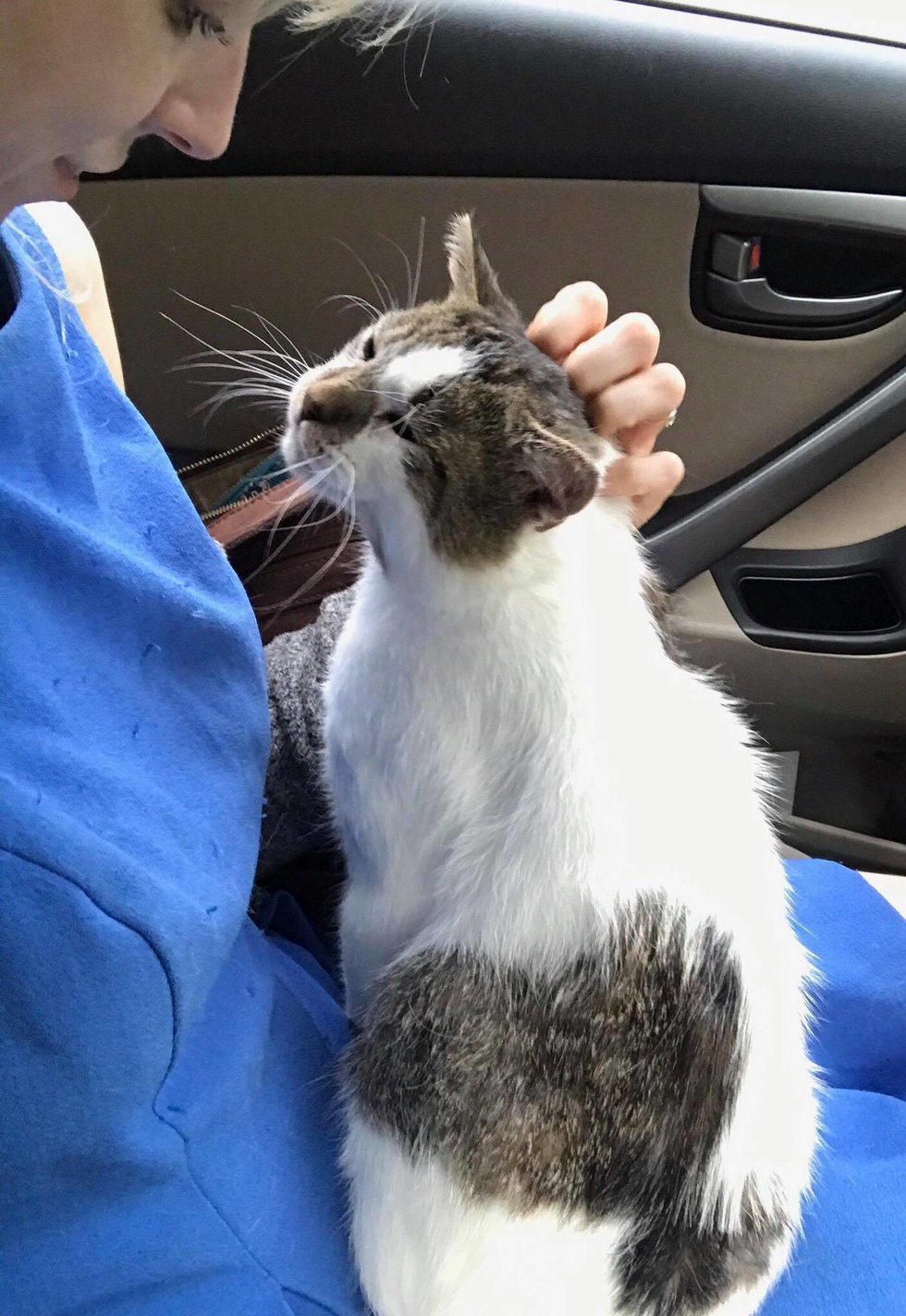 Otto has finally found what he’s been waiting for – good health, plenty of food and all the love he can get.

“He is such a special little soul and a fighter!” 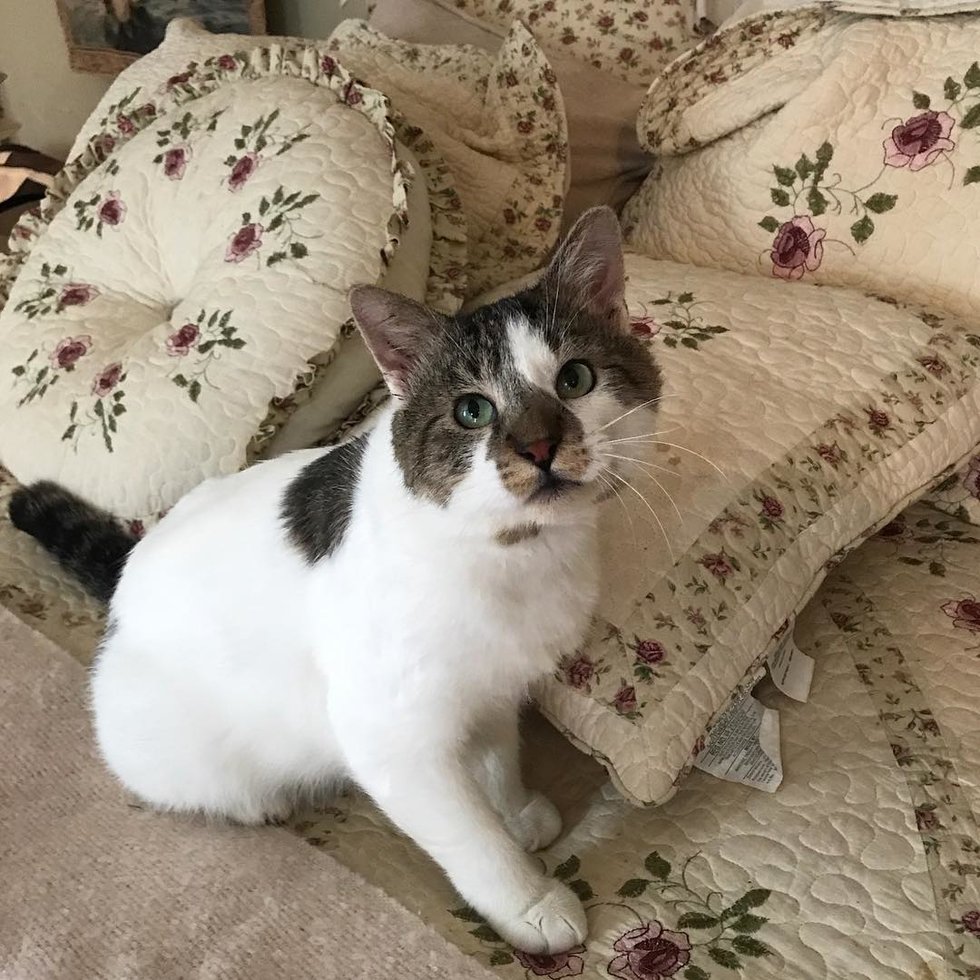