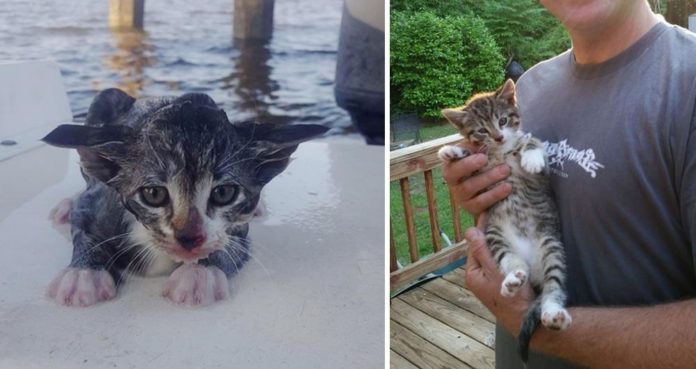 Three underwater bridge inspectors saved a tiny kitten from drowning under a bridge just in time and turned the little guy’s life around. 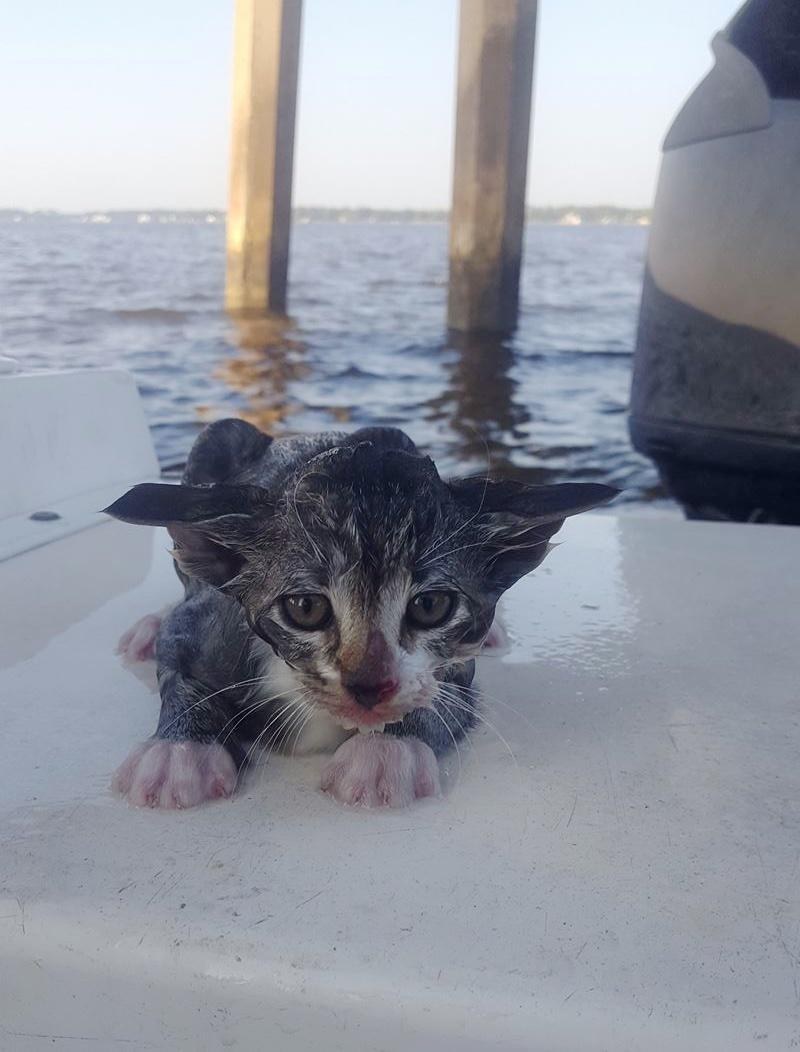 It was Wednesday morning around 7A.M., Reece Newman and his two colleagues, Ben Presgrave and Billy Cox, of North Carolina Department of Transportation were in a boat under the Old Manns Harbor Bridge about a mile from shore in 15 feet deep water.
“As we were getting ready to do our bridge inspection we heard a vehicle coming over the bridge. My coworker said he saw something fly off the bridge that was thrown from the car,” Newman told Cat Concerns.

They sometimes see people throw trash off bridges, so they didn’t think much of it until a couple minutes later they spotted something moving on the surface of the water. 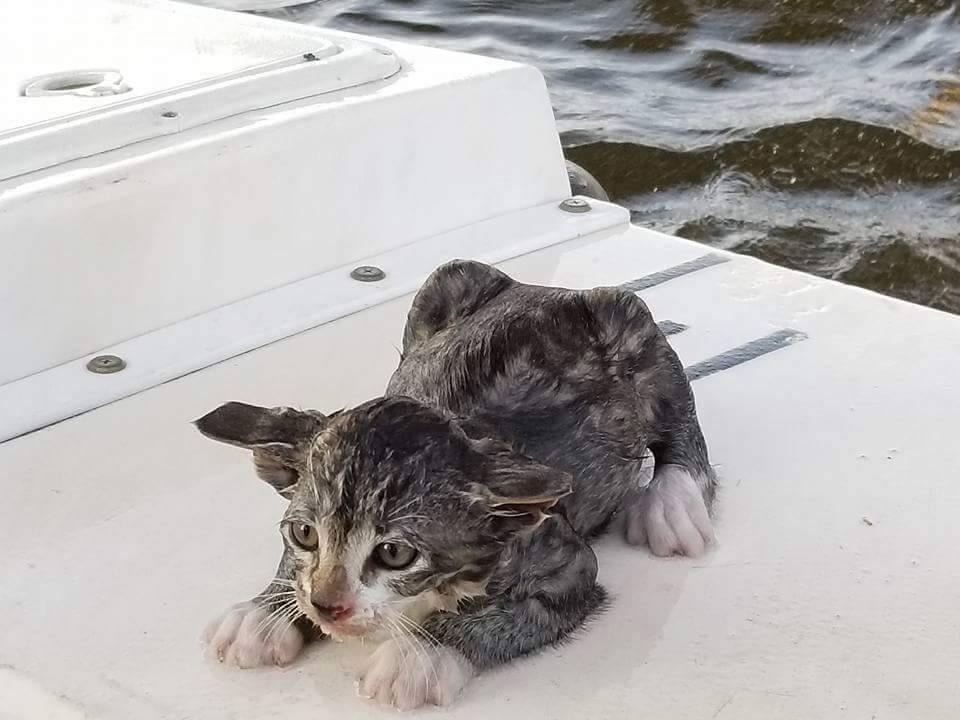 “I pulled the boat up beside it and we realized it was a tiny kitten just barely clinging to life! He could barely keep his head above the water at this point. He had no chance without us,” Newman said.

They immediately jumped in the boat and headed to the kitten’s rescue. After getting him out of the water, they quickly fetched a towel to dry him off. 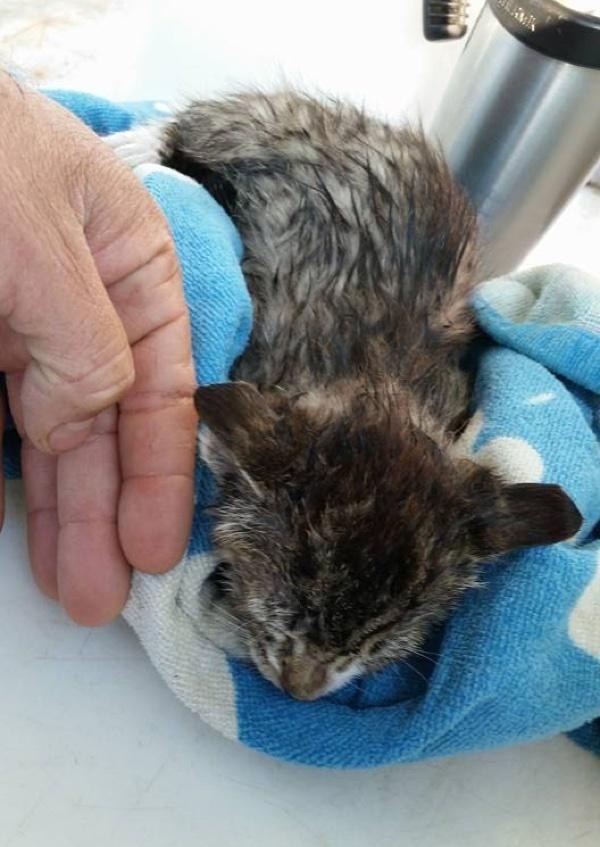 “We never saw the vehicle that threw the kitten because we were directly under the bridge out of view,” Newman told Love Meow.

The kitten shook off saltwater from his nose and ears. He was a bit shaky but glad to be in safe hands. “We headed for land and quickly took him to the vet.” 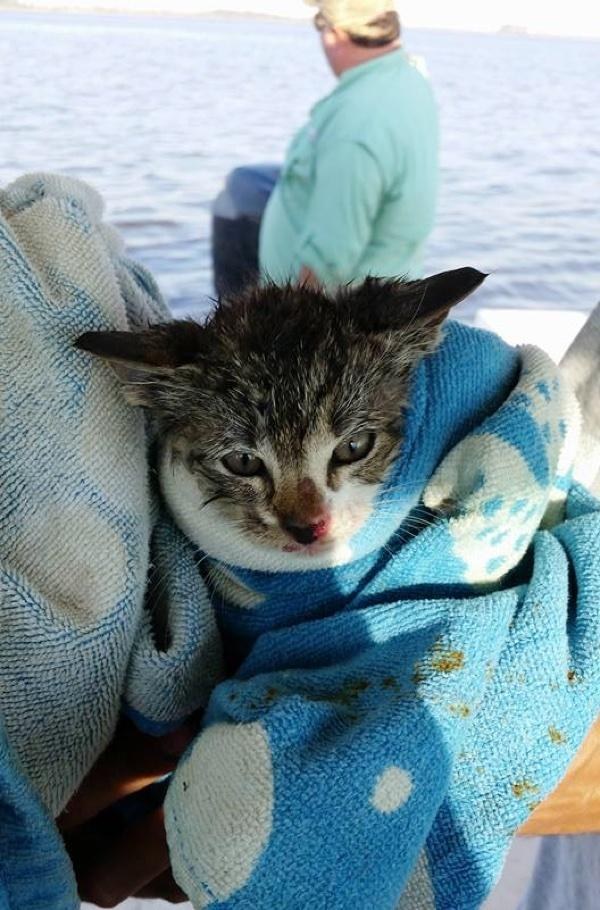 They named the little feline “Bridger Catfish Newman”. He was healthy and happy cuddling with his rescuer in his arms. Not only did Newman pay for the vet expenses, but also he decided to take the kitten home. 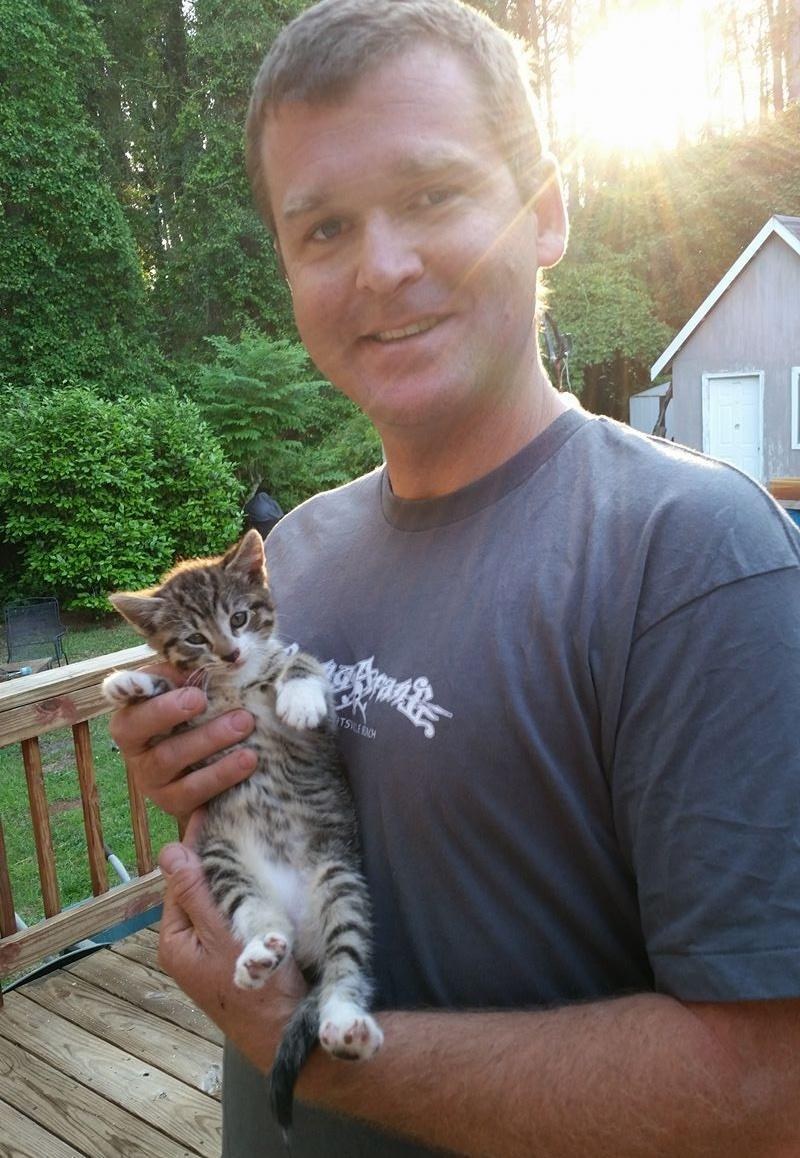 “Miraculously, he only suffered some scratches on his nose from trying to climb the concrete bridge pilings. No broken bones or water in the lungs,” Newman told Love Meow.

“The kitten is really doing great in his new home with my wife and I, his big sister ‘Grouper’ the cat and 15 chickens outdoors.” 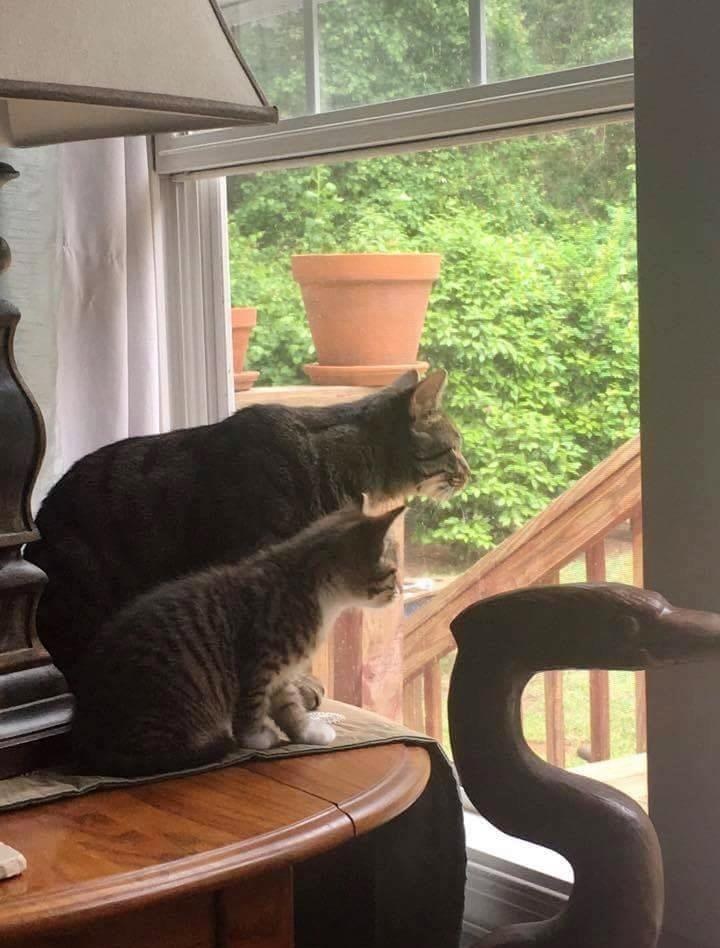 He is using the litterbox like a champ and eating and drinking well.

After a long day, Bridger Catfish Newman dozed off in his comfortable new bed at his forever loving home. 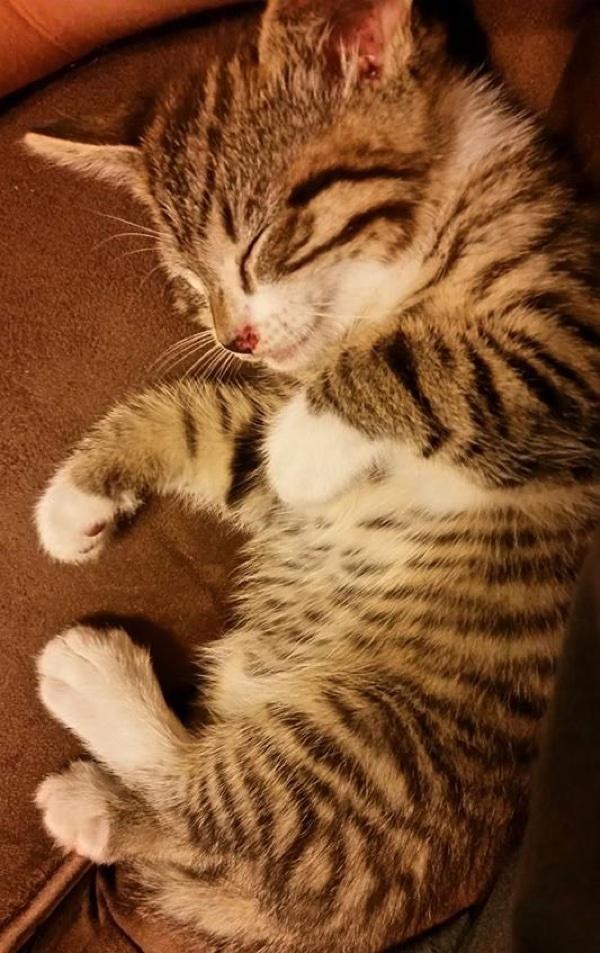 The three underwater bridge inspectors went the extra mile that day, and now the little fur buddy has a place to call his own. He coudln’t be happier.

The Kitten That Mended A Broken Heart