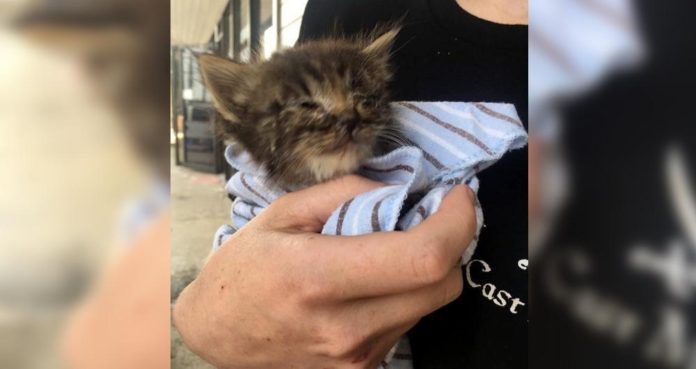 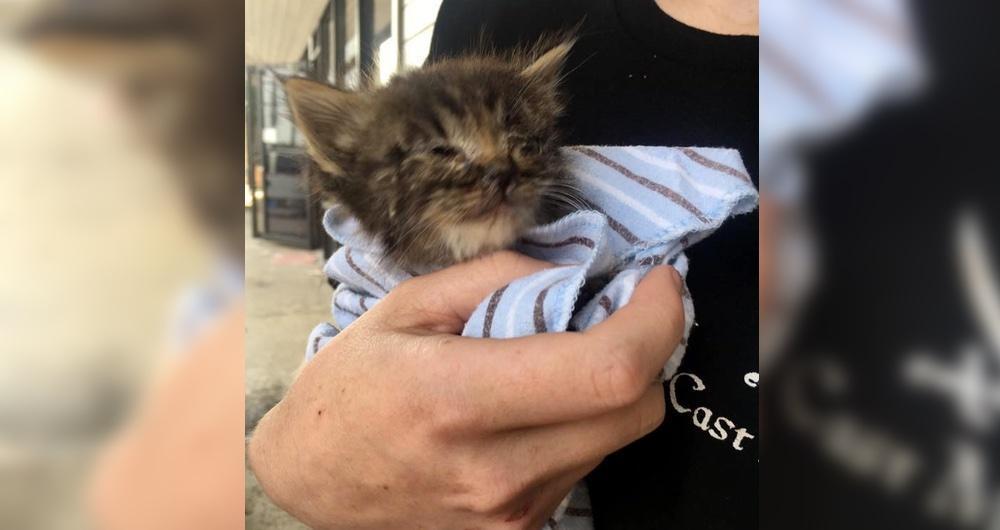 A tiny kitten found on the streets was knocking at death’s door. Rescuers took her in just in time, and within 24 hours, they brought her back to life!

She couldn’t open her eyes due to a severe infection but the little girl just kept snuggling in her rescuer’s arms. 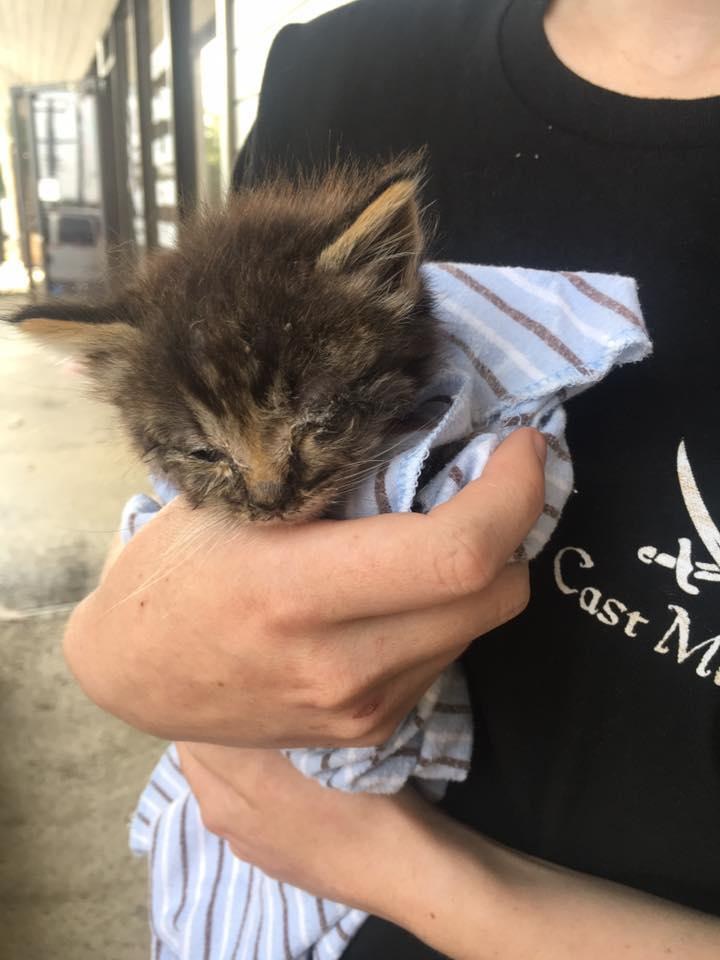 Right before To Rescue (The Ontario Rescue), in Montclair, California, was about to close for the night, someone brought in a kitten in desperate need of help. The tiny tabby was just skin and bones, severely dehydrated and had a horrible upper respiratory infection.
It was early May when the kitten was found. She was in such bad shape that her nose was clogged and her eyes were seal-shut by mucus.

“The people who found her couldn’t care for her. Another night in the streets and she wouldn’t have made it,” To Rescue shares with Cat Concerns. 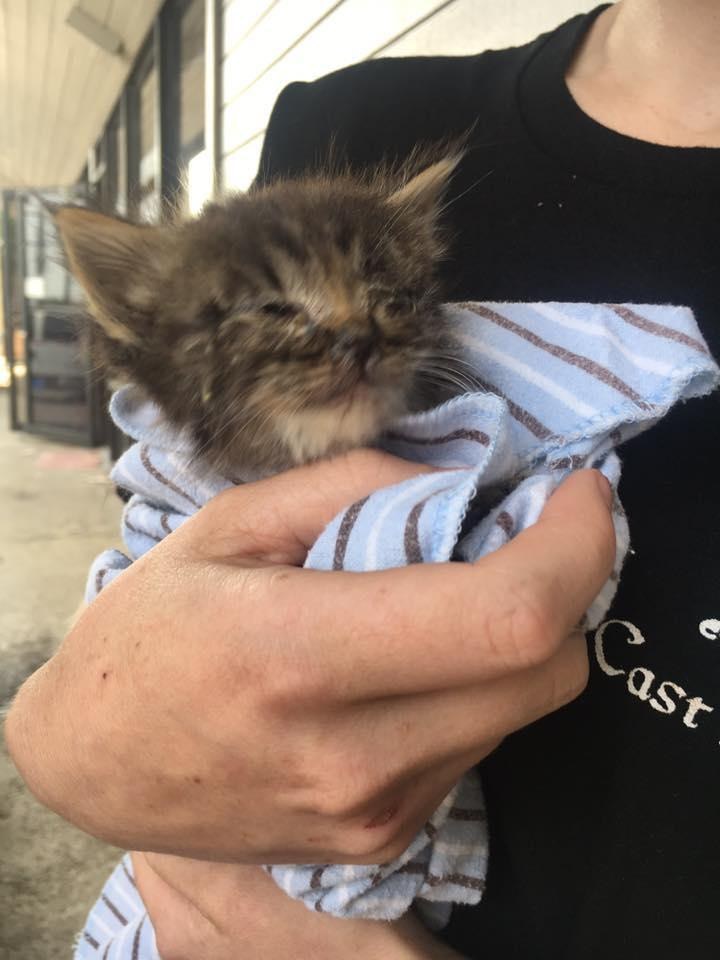 The little tabby girl was immediately placed in a foster home where she began recuperating.

That night she got a full belly, a warm bed, and lots of TLC. 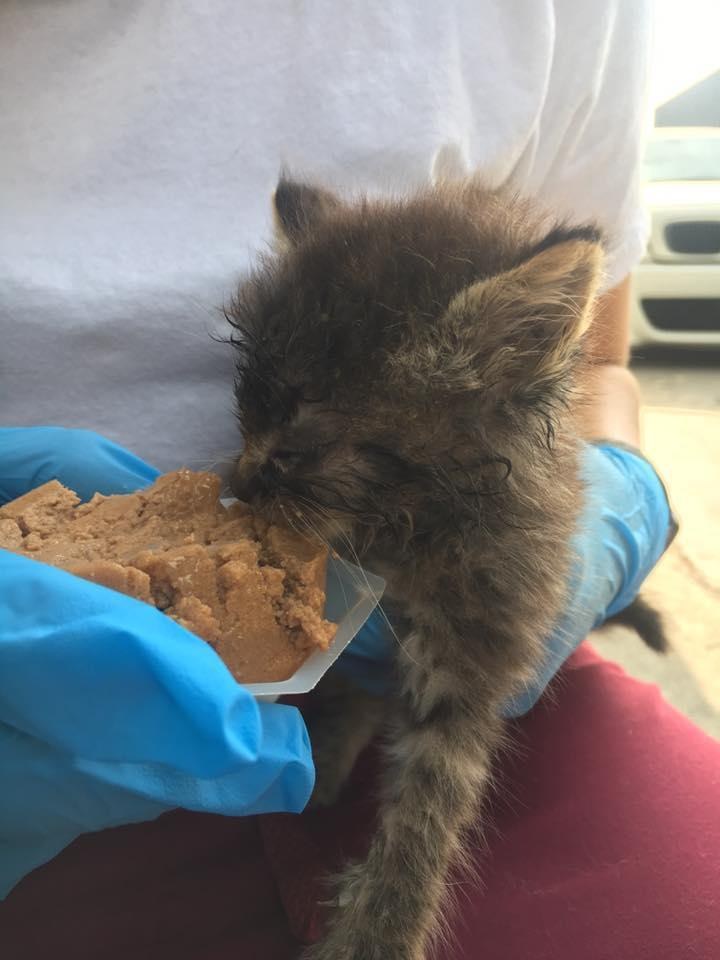 “Just after 24 hours this sweet little baby we have named Lulu has reacted nicely to her antibiotics. She has begun to eat on her own, her eyes are open, and there’s less discharge. She is so sweet and lovable“

Lulu continued her road to full recovery at her foster home. As her eyes cleared up, she became more energetic and her personality came out in full swing.

“A couple weeks back she was dying of an upper respiratory infection, dehydration, and malnourishment. Today she’s a bouncy little girl full of energy and love” the shelter said. “She has the sweetest personality. She’s full of character and mischief and we’re so happy that we were able to help her survive.”

It’s hard to believe that she’s the same kitten that came in that night who could hardly see and breathe. Sweet Lulu is loving her new life and has a penchant for conversations.

Look at those adorable big eyes! 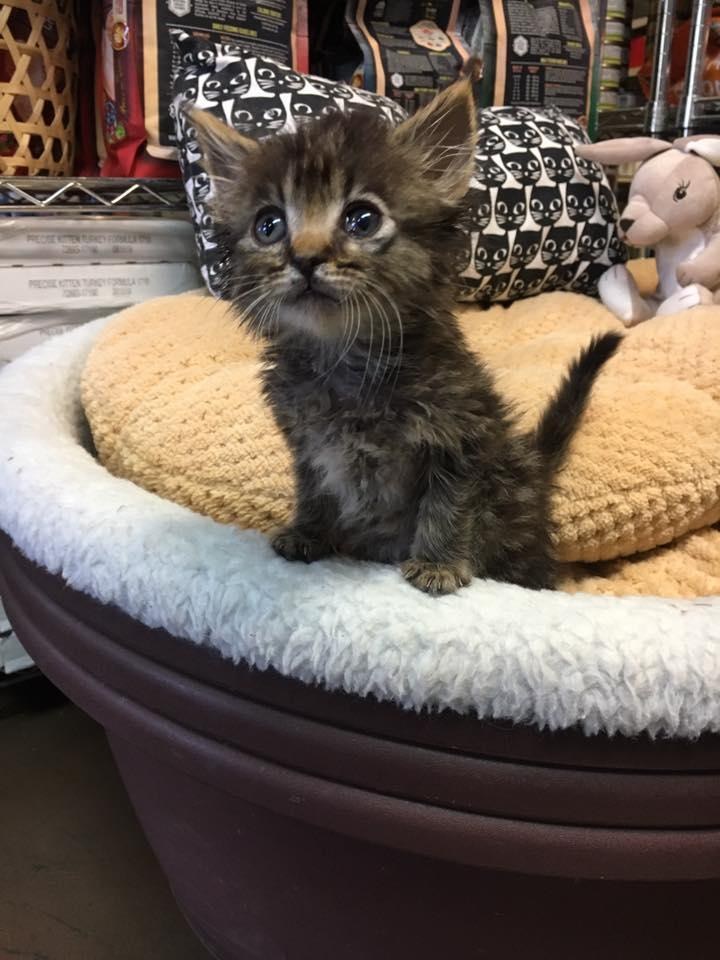 
What a difference a second chance can make! Share this story with your friends!

If you would like to support their rescue efforts, click here to see how you can help

These Employees Are Paid Per Cat Rescue