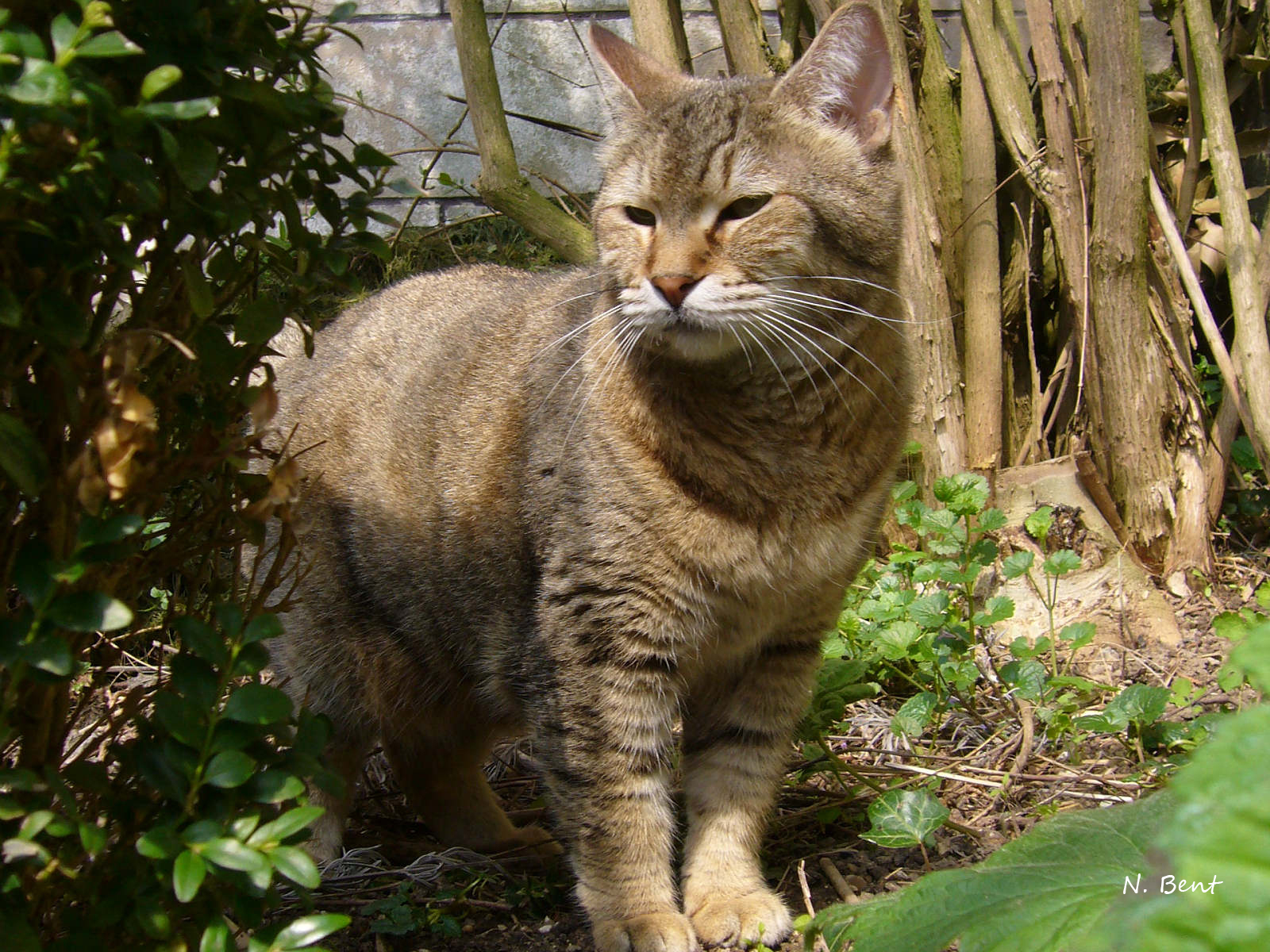 With one of the cutest names for a cat, the Pixie Bob will capture your heart while making you wonder: is this really a domestic cat? Named because of its striking appearance to a bobcat, the Pixie Bob has a mysterious upbringing and many features that mimic wildcats.

The Pixie Bob is another exotic species that looks just looks like a bobcat. That is if a wild bobcat was shrunken down to an adorable size and its fur was blow-dried for volume. This adorable breed can look fierce but is really exactly the opposite. The history of the Pixie Bob is a bit of a mystery. Pixie Bobs came into being in 1985, when a Pacific coast breeder, Carol Ann Brewer, purchased a very particular looking tomcat that was a polydactyl and also had a short, stubby tail. 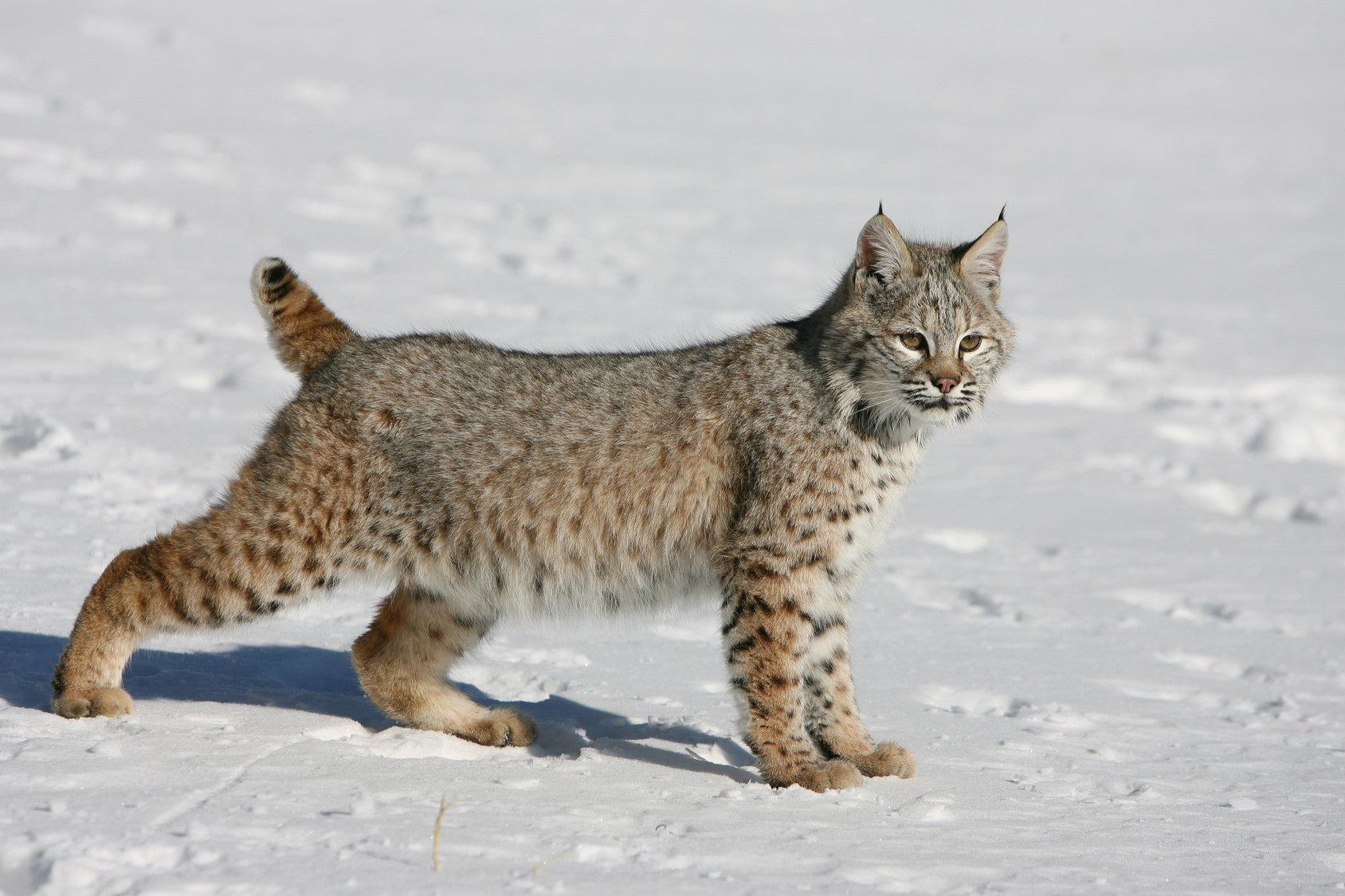 She fell in love with the look of this cat and purchased another similar-looking tomcat the following year, which she then bred with a wild-looking cat from a neighbor. Of the litter, she chose a short-tailed female kitten that she named Pixie. It had a longer, red-brown coat. Brewer’s breeding of Pixie produced several litters that looked similar to her original cats, the ones that caught her heart, and the Pixie Bob earned Championship status in 1997.

The mysterious part of this breed’s background is just how similar the Pixie Bob looks to a bobcat. For years, many thought that the wild-looking neighbor cat could have been a bobcat, and even though DNA tests claim Pixie bobs descend from domestic lines, there are still those who believe this breed has a touch of the wild.

There are many factors that suggest a relationship to the bobcat. One of these is the coat, which is a ruddy brown often covered with spots. Sometimes, the spots seem almost like stripes due to their patched appearance. Some Pixie Bob lovers say that the striped facial hair around the face looks like muttonchops. This cat tends to have a well-developed, muscular physique, with slightly shorter legs than some other exotic breeds.

Pixie Bobs also carry a primordial pouch, a flap of skin hidden under the coat that is slightly lighter in coloring than the rest of the cat. This feature is more common in wild cats as it allows for more stomach flexibility after a large kill. Another similarity between bobcats and the Pixie Bob is that the both have a short stub of a tail. Pixie Bob’s tails tend to be between 1 and 6 inches, but they still move their little lump of a tail frequently.

People love the Pixy Bob for its wild yet tamed appearance, its loving personality, and its friendly personality. This cat became even more popular in the last few years when the lead drummer for punk band Blink 182, Travis Barker, purchased two Pixie Bob cats and showed them to the world on his reality TV show.

What is the Temperament of a Pixie Bob?

Pixie Bob cats are people cats, and so they can be just as eccentric as their humans. They’re well noted for their whimsical behaviors, like fighting vacuum cleaners and stealing small, shiny objects. Despite their antics they are incredibly loyal and loving. They have a quiet voice but they use it often, chirping and talking throughout the day. These cats rarely ever cry out, but instead communicate through their soft, musical chirping and meowing. Pixie Bobs can grow slightly larger, averaging around 12 lbs., and they love being around their owners. This applies to children as well as adults, as long as the children treat them with the proper respect that they should give to any cat. Males can weigh up to 25 lbs., and the females tend to be between 8-15 lbs.

The Pixie Bob likes to be included, but don’t expect that you will always be able to tote your Pixie Bob along with you. They like to cuddle, but on their own terms. This cat is known for its patience, much more so than many other breeds. They can stay calm in the middle of chaos and can also be great travel cats. You can easily train them on a leash or to enjoy car rides. They may often follow you around or play games with unexpected objects, including valuable. So make sure there are plenty of toys around. This is important for this breed because they are so high in energy and almost dog-like in their devotion to their humans.

What Should I Know for Training a Pixie Bob?

The Pixie Bob is a highly intelligent breed. While some cats may be content playing individually or with simple toys, this breed requires more complex toys or puzzles for entertainment. Some owners lovingly call their Pixie Bobs a “dog in a cat suit,” because of its devotion to its humans. Some owners even note that their Pixie Bob has learned how to greet them at the door.

Because of the Pixie Bob’s high level of intelligence, training is vitally important to have a successful relationship with this cat. They tend to hide behind furniture when afraid, rather than reacting in a curious manner. You can train this out of them, however, as long as training starts from an early age. The Pixie Bob is a naturally shy breed, even though they have energy and curiosity for playtime when they feel like it.

A Look at the Pixie Bob in Action

What Is the Health and Diet of a Pixie Bob?

Pixie Bobs tend to be on the large side. Males range from 15-25 lbs while females can be 8-12 lbs. Apart from the larger size, these cats have another unique feature: their extra toes. Many kittens use their paws like hands. This is because 50% of Pixie Cats are polydactyl, meaning they have extra toes. The average cat has 4 toes on its back feet. However, a polydactyl cat has up to 7 toes per foot, totaling up to 28 toes. This feature of Pixie Bobs goes way back to the founding member of the Pixie Bob clan, one of the original two cats bred, which was also a polydactyl. Overall, this breed is fairly healthy, and does not require any special dietary restrictions.

How do I Groom a Pixie Bob?

This cat does require some maintenance when it comes to grooming. The thick coat becomes matted without regular brushing. Whether you have the short or long hair version, you should brush your Pixie Bob once a week. The coat of the Pixie Bob is short, silky and soft. Pixie Bobs come namely in two patterns, spotted or tabby, but they can also come in ticked, ruddy or tortoiseshell shades. Although the coat of a Pixie Bob looks soft, it is often more rigid to the touch. As mentioned above, the Pixie Bob is a polydactyl, and so it is important to monitor the back paw nails. Make sure that you trim the nails frequently and catch them before they become overgrown.

How Much do Pixie Bob Kittens Cost?

Pixie Bob kittens tend to cost between $600 and $800. However, Breeder and Show quality kittens can cost around $1,500 depending how aligned the breed is with TICA breed regulations.