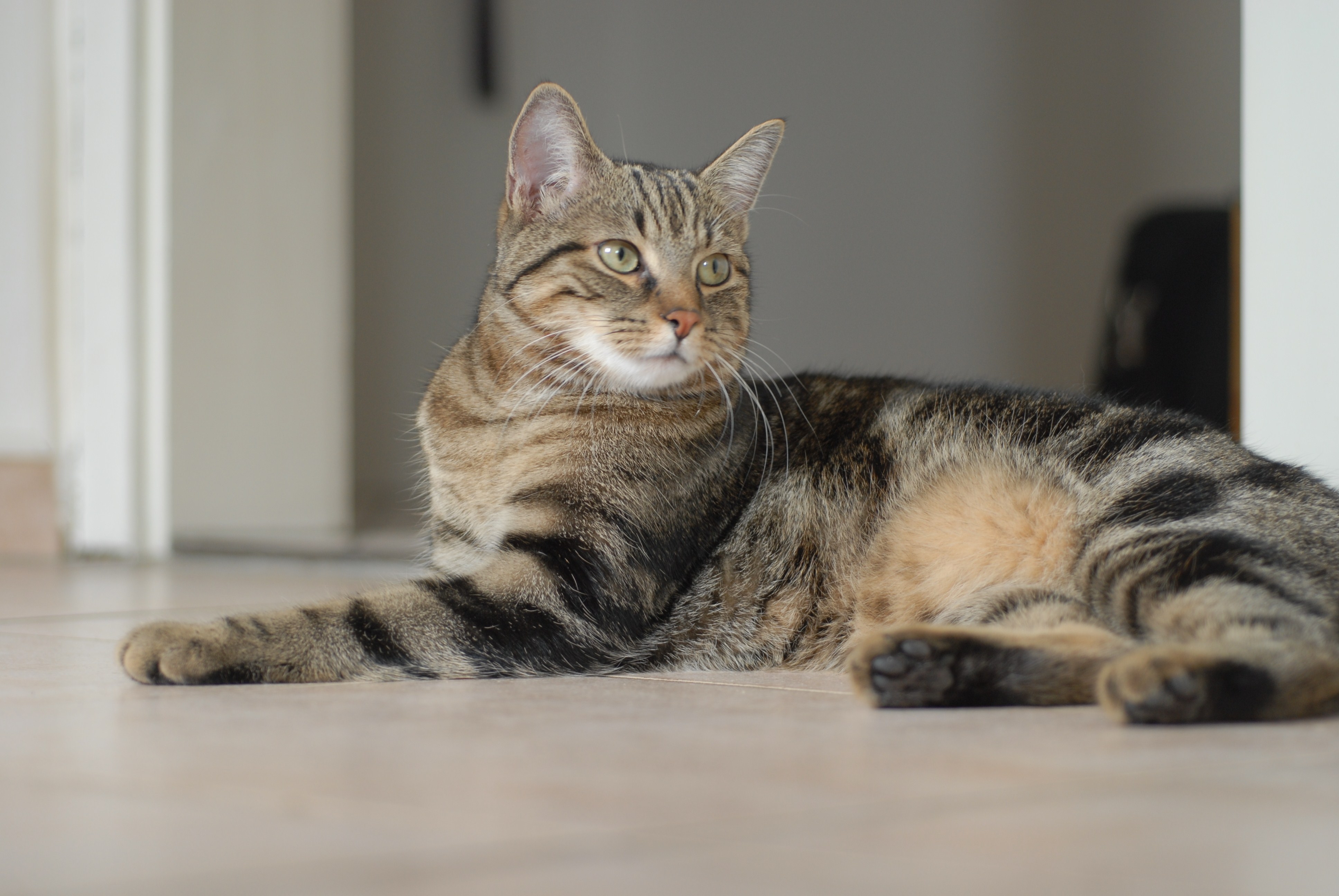 With one of the most fascinating histories of exotic domestic cats, the Sokoke is one of the rarest cats in the world. This cat was essentially rescued and brought back from the precipice of extinction in Kenya. Though they are incredibly hard to find, this cat has one of the most stunning coats and figures of any domestic feline.

If you are in the market for an incredibly rare, exotic cat breed, look no further. The Sokoke Forest cat, often just nicknamed the Sokoke, is a stunning breed. These cats are rarely used in crossbreeding, and were only introduced to the United States in 2003. These cats come from the Arabuko-Sokoke Forest Preserve in Kenya, although before that, their ancestry is a mystery. Some DNA tracing goes back to a branch of an Asian breed, but the cats bred for the domestic line were found in Kenya. The Sokoke was once nearly extinct. Their forest habitat was shrinking fast but two women saved them almost by accident. 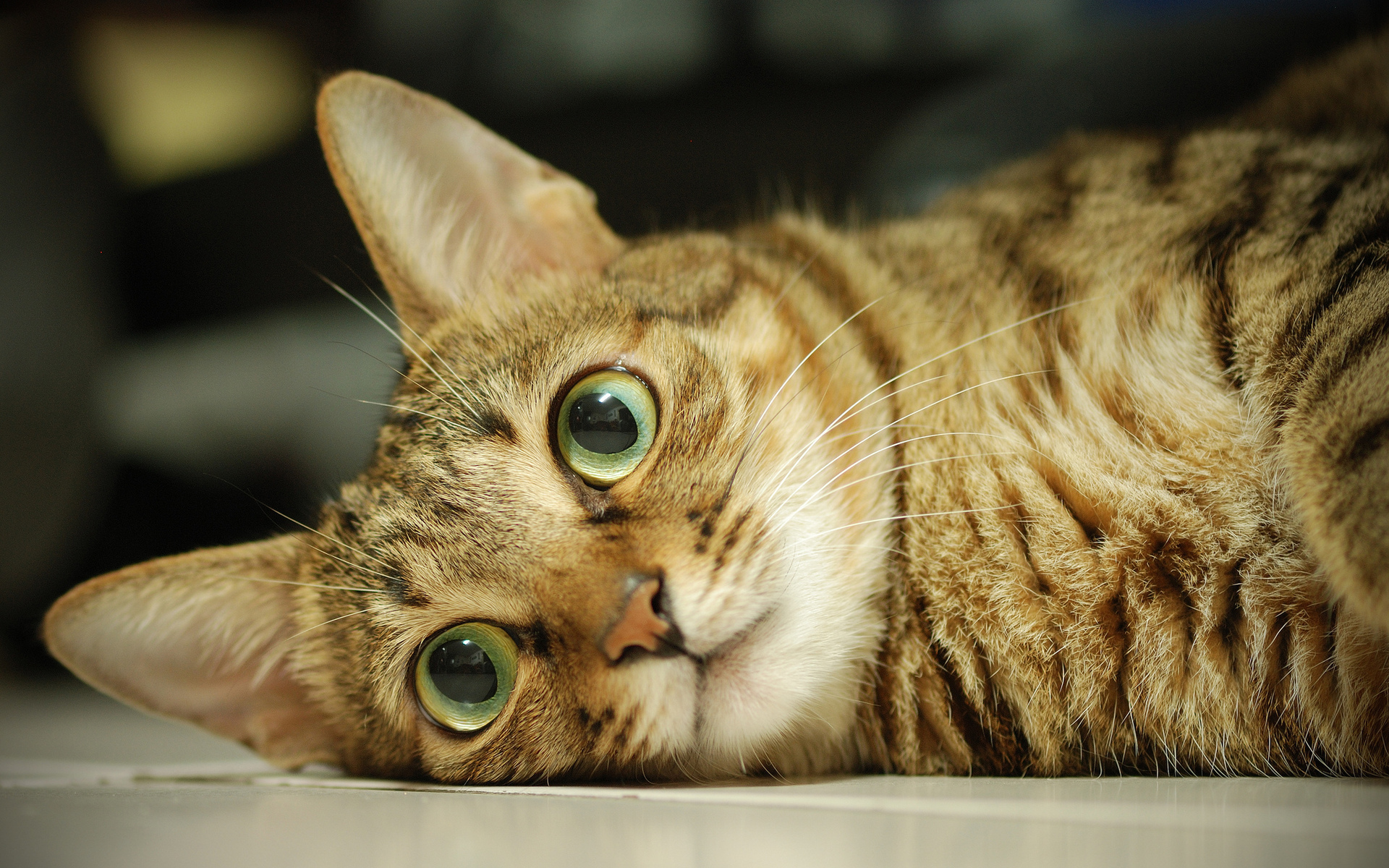 In Watamu, Kenya, in the late 1970s, Jeni Slater, an artist, found a litter of these kittens on her coconut plantation. She noted their long legs and wild-looking appearance and saved two of the kittens to breed. The locals of a nearby tribe said that these wild cats came from the Arabuko forest. They also said they were “sweet to eat,” perhaps indicating one of the reasons why these cats nearly died out.

Back From the Brink

In the early 1980s, a Danish friend of Mrs Slater came to visit, and she too was taken by the appearance of these cats. They noticed that the cats weren’t adapting to their natural habitat. The women therefore decided to send two cats to Denmark to be bred there.  In 1984 the first Danish-Kenyan Sokoke kittens were born. In 1990, the Danish friend added three more cats from Watamu to her breeding efforts, and the Sokoke line started thriving more and more.

The appearance of the Sokoke is what often captures the heart of cat lovers because it is utterly unique. Sometimes compared to tree bark, the splotches and stripes on a Sokoke look as though an artist dipped her brush in watercolor and swirled black across the golden-brown coat. The original name of the Sokoke cats, Kadzonzo, actually translates to “looks like tree bark”. Some Sokoke lovers say that the Sokoke looks like a wilder version of domestic tabby. Their fur is ideal camouflage in their natural environment.

The Sokoke is resplendent with long legs along with a stunning, blotched coat. This small-medium sized cat is quite muscular, agile, and athletic. Similar to a wildcat, its long muscular hind legs are perfect for jumping, and you can certainly expect climbing and exploring as an owner.

The back legs are actually slightly longer than the front legs. These cats are also incredibly fast, faster than many domestic cat breeds. Even the way this cat walks is different than others. It tends to walk on its tiptoes, gracefully stepping across the ground. The face of Sokoke cats is also distinct, namely because of the large upright ears that have a broad base and rounded tips. The ears of a Sokoke can rotate 180 degrees to identify sounds. Most Sokoke cats have amber to light green eyes. Breeders recently developed a new version of the Sokoke called the “Snow Sokoke”. This version has a gray-beige or cream hue.

A Look at the Sokoke Cat in Action

What is the Temperament of a Sokoke?

Sokokes are suitable for an energetic, playful, and engaged family that wants a curious and active cat. If you’re looking for a passive cat who sits and sleeps all day this guy isn’t for you. This cat is filed with athleticism and energy, from its paws to the tip of its tail, and it deserves lots of time for exercise and entertainment. This cat does, however, also enjoy peaceful moments, and it does need time for rest and relaxation. In fact, when the Sokoke is quiet, it may actually be tuning into the energy around you to better understand what you want. TICA has noted that these cats are highly intuitive and often seem to “just get” their owners. They communicate their emotions through soft, hardly audible chattering noises, as well as the occasional alarmed voice if they sense danger.

One interesting trait is that this breed of cat actually quite enjoys water. Your pet may join you in the shower or play with the water from the sink faucet. This breed can even swim, and Sokoke cats often play in bodies of water. So make sure to close your bathroom door or you may find that your cat has turned your bathroom into a theme park.

How Do I Train a Sokoke?

Even though the Sokoke cat is a family cat, it may take a bit of time to warm up to you. These cats do mature at a later age than others cats, usually around 1.5-2 years old. Unlike some other cats that tend to be possessive of toys, the Sokoke prefers just one or two toys to play with, making them easier to entertain. The Sokoke size is usually 6-10 lbs., smaller than many of the other exotic cats. The varied personality of this breed can be difficult when it comes to training. They exhibit sudden bursts of energy, followed by moments of relaxation. However, Sokoke cats do get along with other pets. They get on with cats as well as other animals. Letting them all play together can be a great way to provide your cat with exercise.

What Do I Need to Know about the Health and Diet of a Sokoke?

The Sokoke cat is an incredibly healthy and well-adapted breed. One thing to note is to check their ears for mites. They should also have their teeth brushed regularly and their nails trimmed every 10-15 days. Even though they’re generally healthy, you should look out for the typical feline ailments like parvovirus, feline herpesvirus, and feline calicivirus infections. However, if you give your Sokoke vaccinations against those diseases and make sure that it receives anti-worming medicine, it should stay healthy. On average, the Sokoke lives 12 years.

Unlike some other breeds that have specific dietary restrictions, the Sokoke can eat normal, commercialized health food. It is always important that your cat has a combination of fats, protein and carbohydrates for a balanced diet.

How Do I Groom a Sokoke?

These creatures with their stunning coats actually require very little maintenance. Because they have a short coat, they do not shed much. Their coat is actually fairly hard to the touch and not at all silky. Because these cats are native to the Kenyan coast, they lack an insulated undercoat, and they do become very sensitive to the cold.

How Much Does a Sokoke Cost?

This is a rare breed and it’s almost exclusively found in Europe. They therefore cost at least $1,000. Sokoke kittens are especially hard to find as there are hardly any breeders in the United States, and there aren’t many breeders in Europe. Some estimates for the number of Sokoke in the world are as little as 100 living in the two continents.