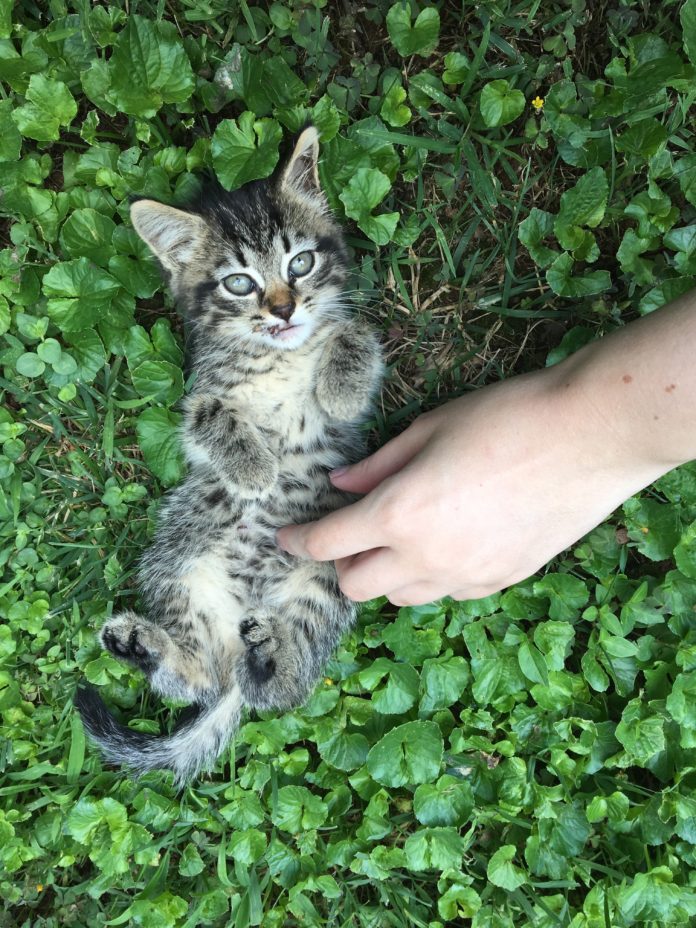 A tiny motherless kitten was lost and wandering a dirt road all alone. When she spotted humans coming her way, she walked up to them, begging for love. 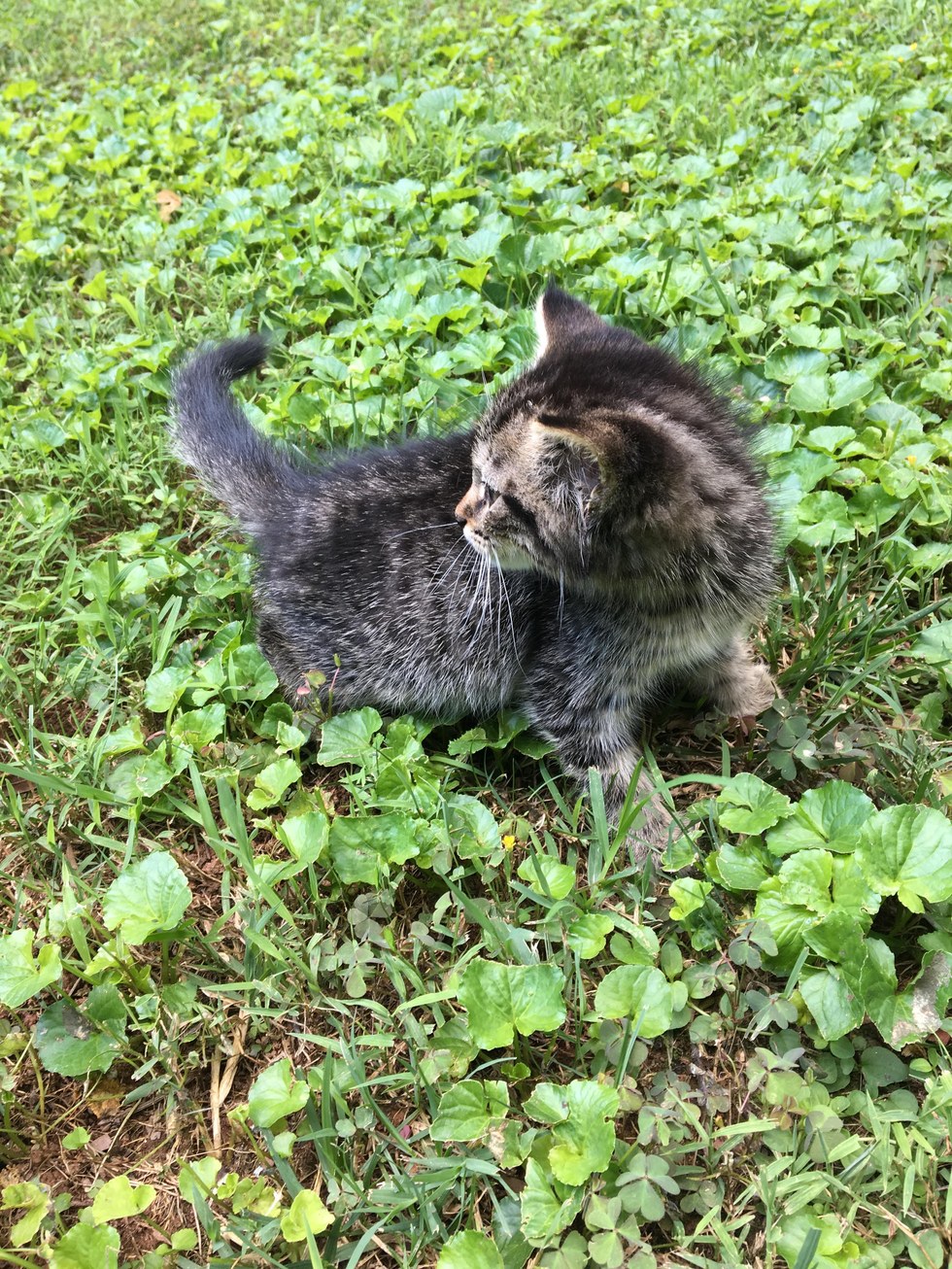 “We were going out to pick some wild tiger lilies on a dirt road near my house. She was just sitting in the middle of the road alone,” imgur user abbiabbiabbiabbi told Cat Concerns.
When they approached the kitten, they thought she might run away but little tabby stayed, waiting for her human friends to come rescue her.

“We just went straight up to her and picked her up.” 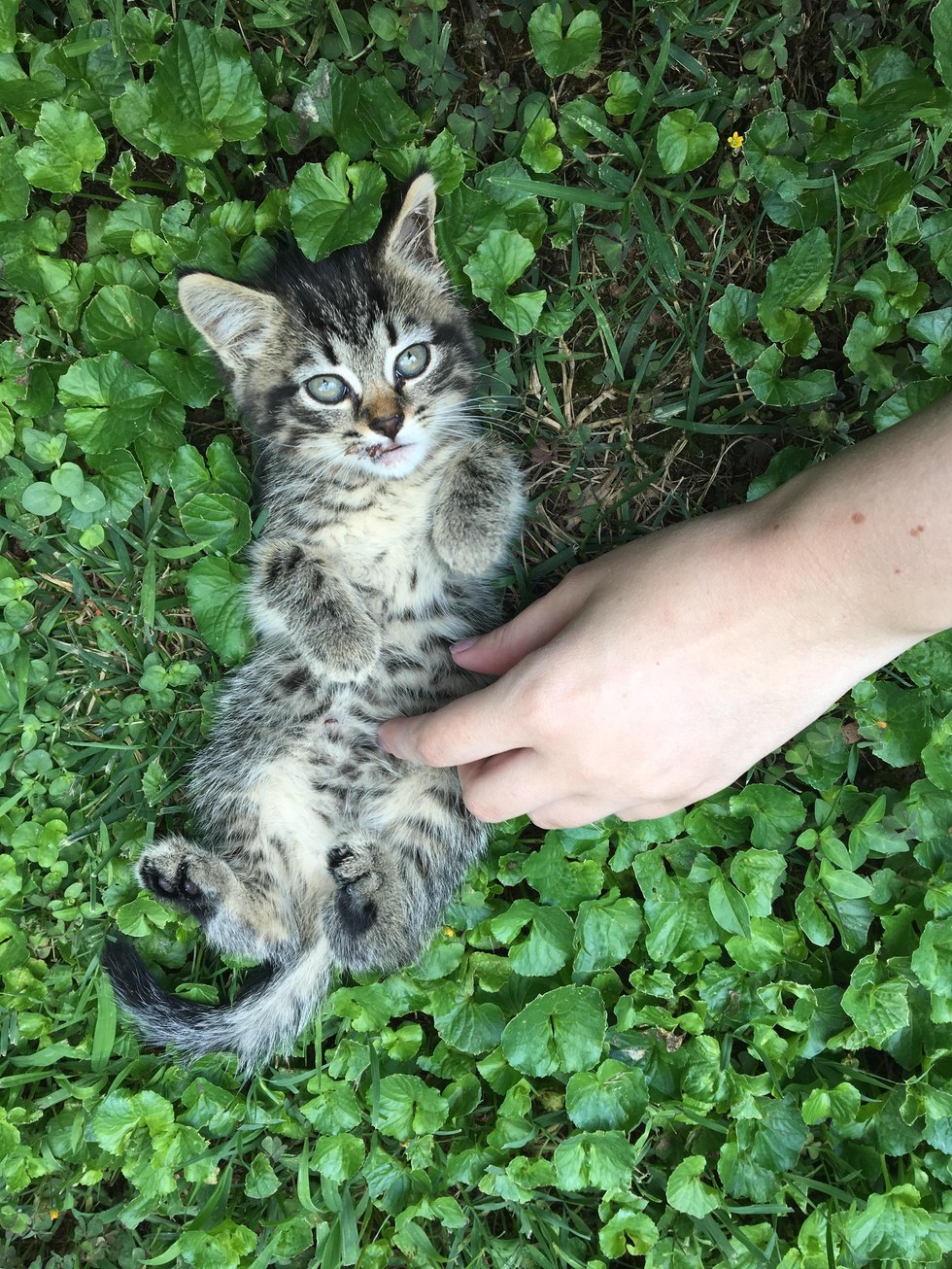 The tabby girl clings to her rescuers and constantly wants to be held. They wrap her in a towel to soothe her and reassure her that she will never be alone and hungry any more.

“She obviously has been around people before. She has road rash on her face and the vet said she most likely fell out of a moving vehicle. She is strong and precious and doing great“, the rescuer told Love Meow. 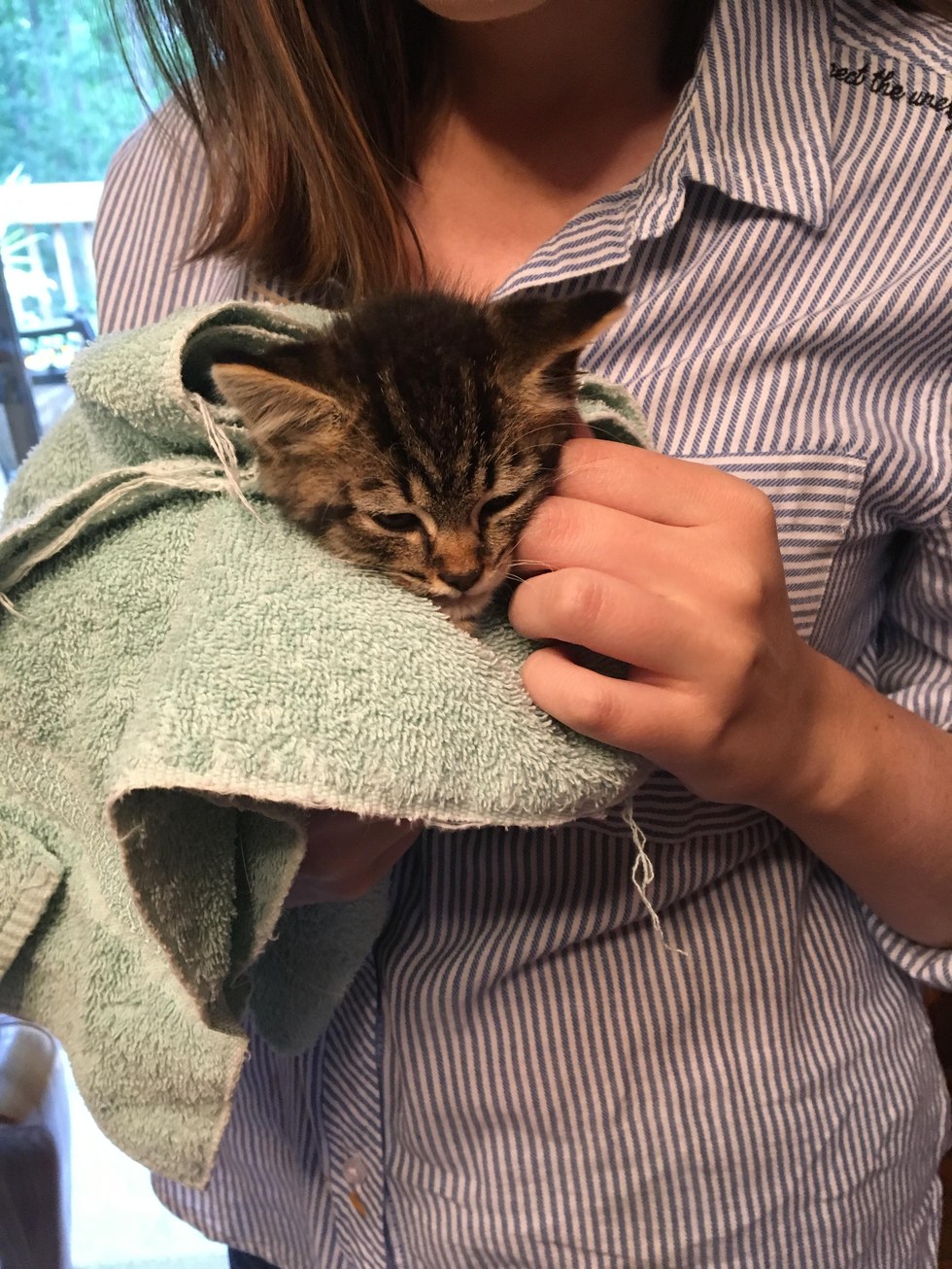 They didn’t pick any flowers that day, but they found a kitten who crept her way into their hearts. They named her Tiger Lily.

The sweet kitten has been cuddling with her rescuers, now forever humans, ever since. 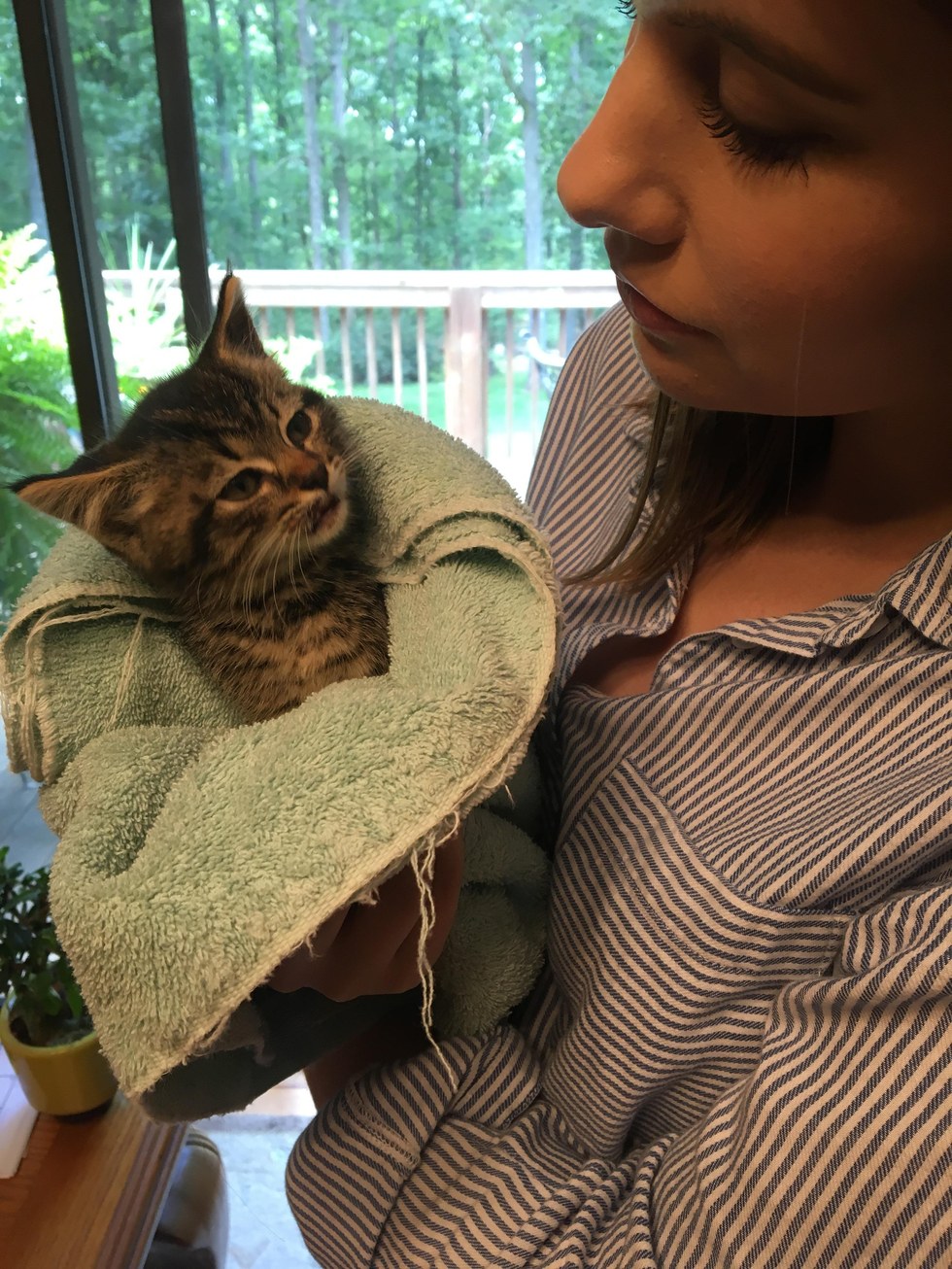 “She hardly sleeps unless she is held. So I like to hold her a lot. We don’t care if we spoil her because she is so sweet,” the rescuer told Love Meow.

Tiger Lily is purring up a storm in her human’s arms. 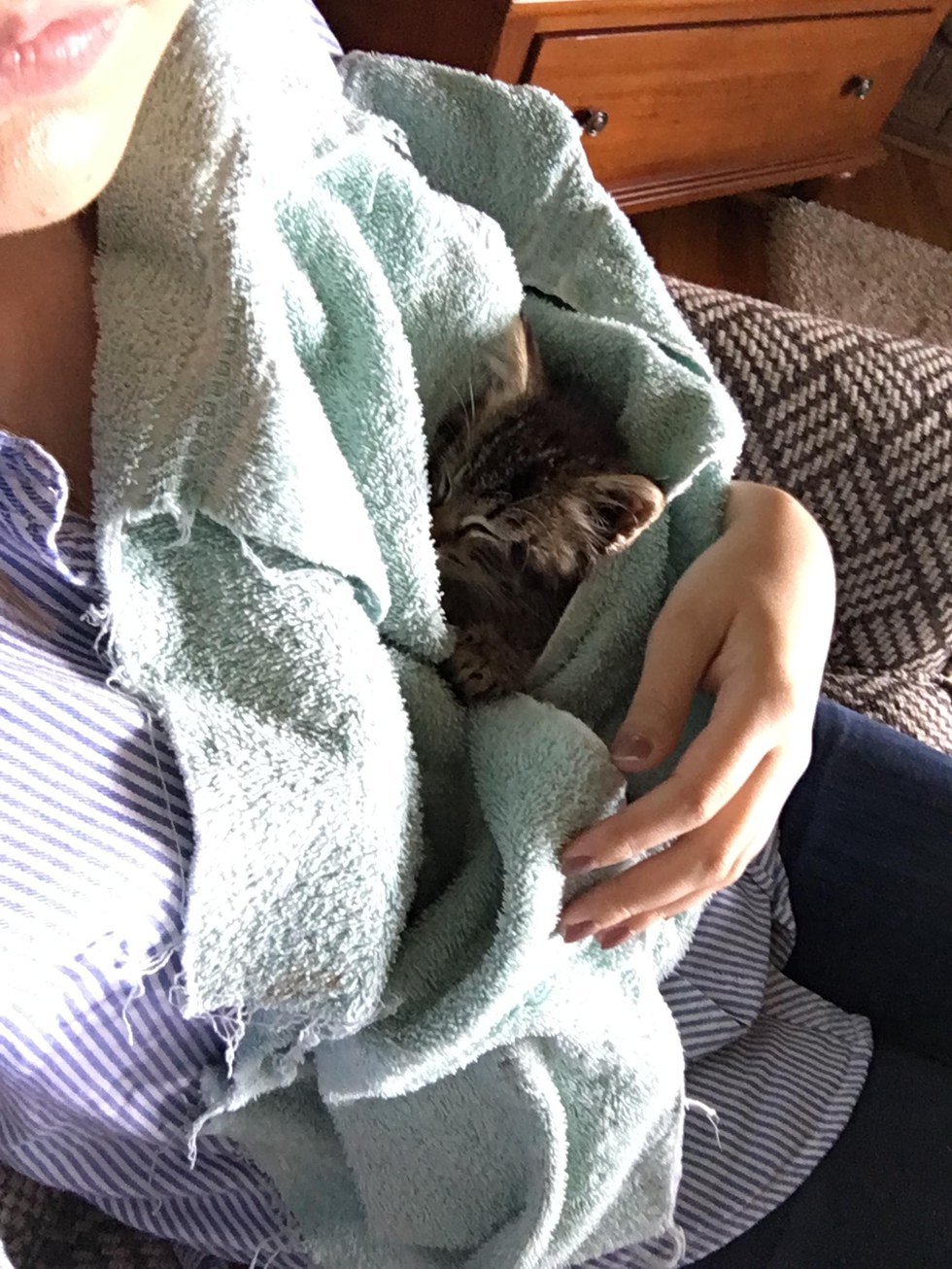 Share this story with your friends. (More info: imgur)