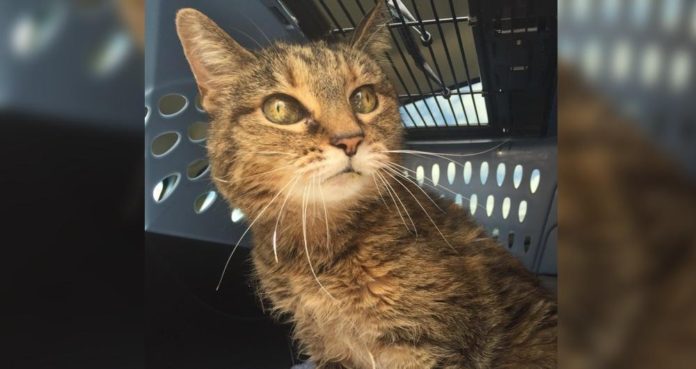 A woman took a super senior cat out of the shelter so she could live out the rest of her life with vet care, food, comfy pillows, and all the cuddling she could stand. 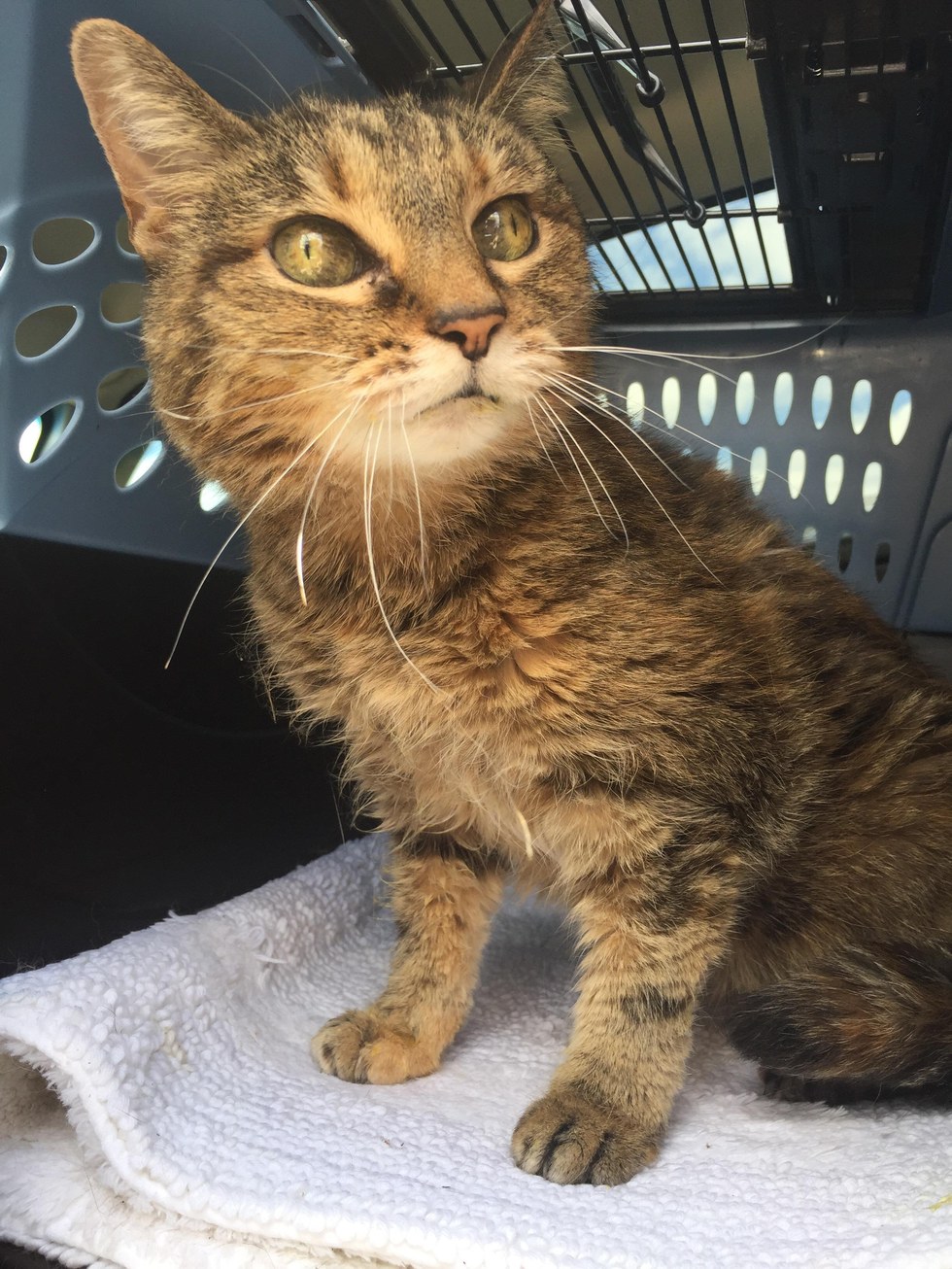 The beautiful tabby cat ended up in the shelter at the ripe age of 20. After dreading being in a cage for about a month, a woman came to her rescue and took her on her freedom ride.

Karyn Poplin, cofounder of Kitty Adventure Rescue League and Sanctuary (Fort Worth, Texas) learned about Chloe’s plight and got her out of there before it was too late.

“She was an owner surrender and has been sitting in a cage at the shelter for a month before we heard about her,” Karyn told Cat Concerns. 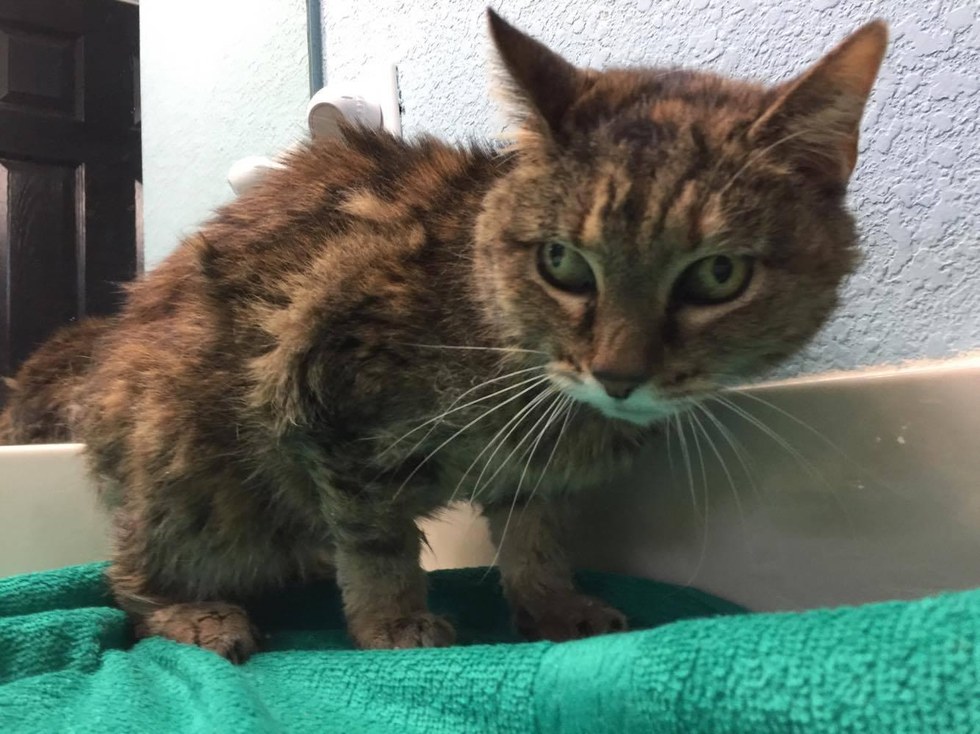 “The shelter environment is the wrong place for a cat of this age, infections and disease run rampant, staff runs short, and space is non-existent and given to those with a much higher chance of getting adopted.”

This often means that senior, sick, or other special needs cats end up being placed on “death row”. Chloe left the shelter that day and headed over to her new forever home at their cat sanctuary. 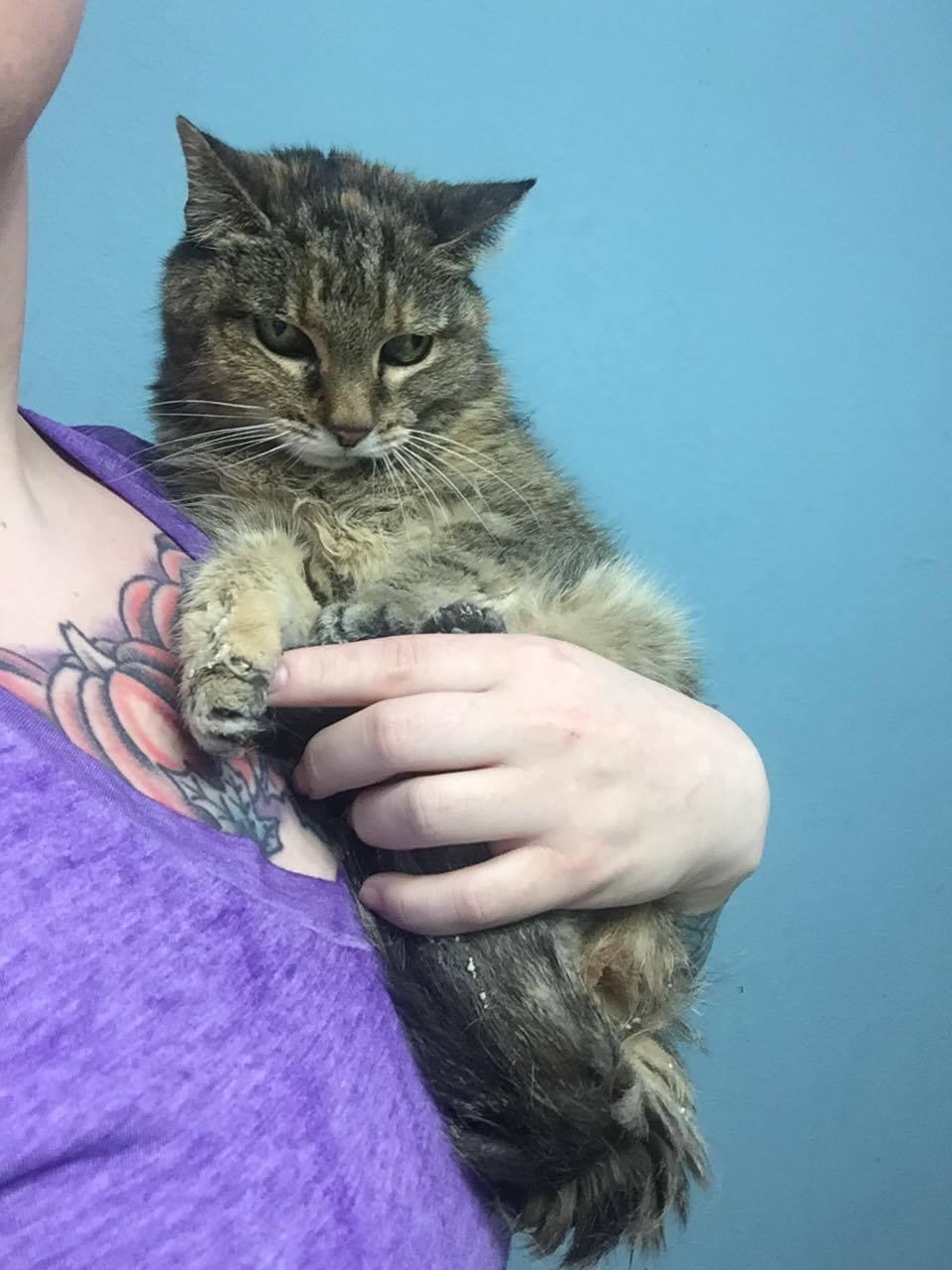 Chloe has a pair of eyes that are slightly apart. “She has a bit of a lazy eye but it doesn’t seem to bother her any.” 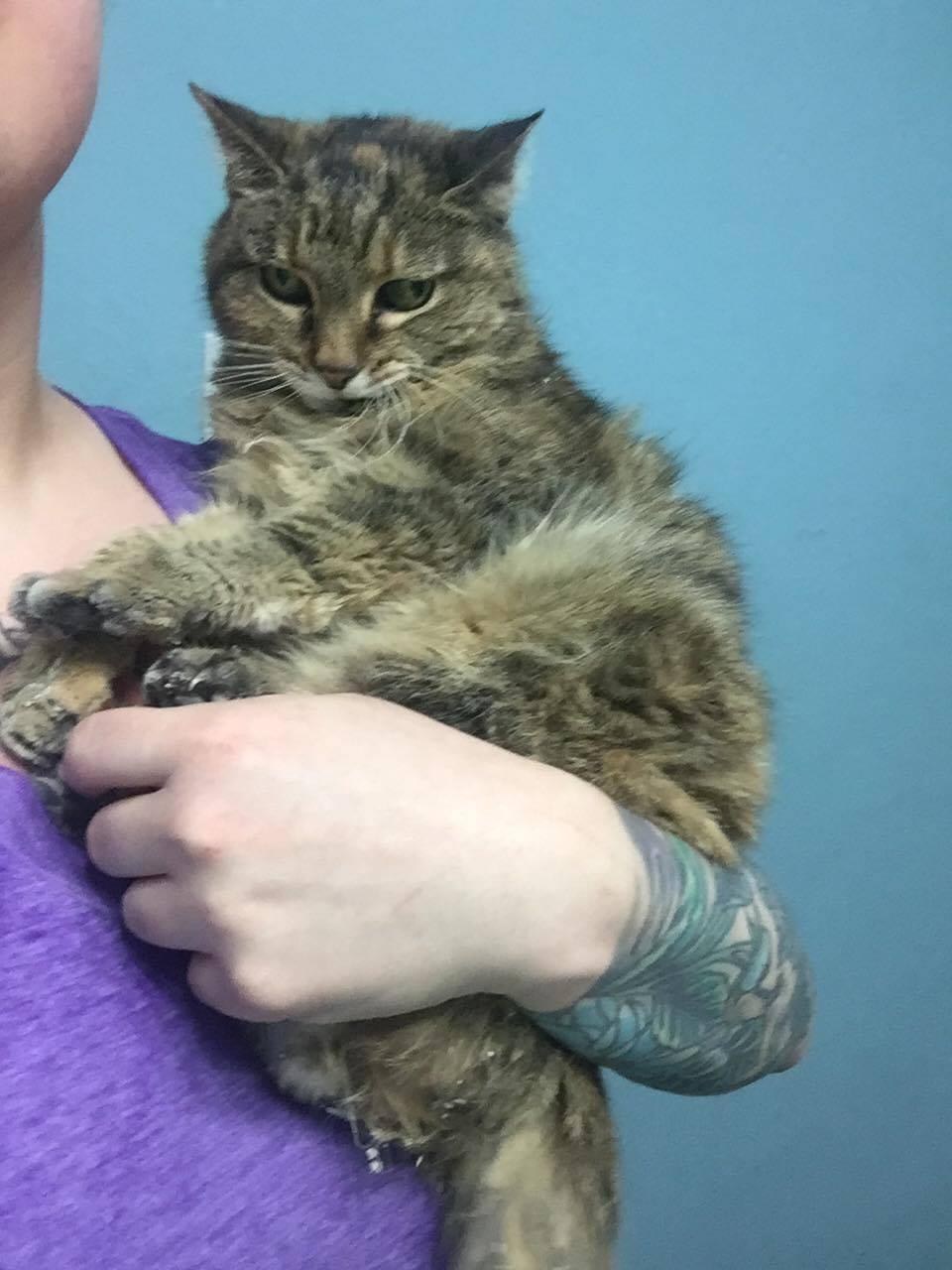 “No animal deserves to die alone, scared in a shelter – and seniors are our way of helping“.

Chloe is full of cattitude. Even at 20, she doesn’t show any signs of slowing down.

The Kitten That Mended A Broken Heart

Man Tries To Win Over Scared Kitten He Saved From Street