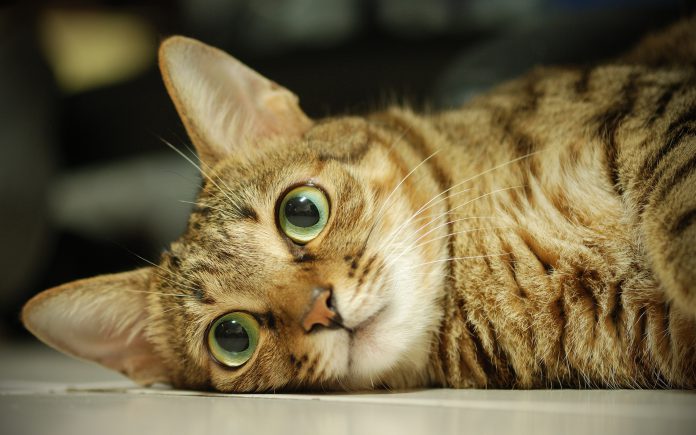 05We all love our cute and cuddly domestic cat breeds. Long-haired black cats like Andrew, short-haired tortoiseshells, chunky gingers and the myriad pedigrees: they’re all adorable. But as cute as all those little guys are, you’d have to admit they’re pretty commonplace. But what if you could have a cat that really caught the eye? A breed that immediately demanded attention and got people talking? You might just find the pet you’re looking for in this list of exotic cats.

What Are Exotic Cats?

You might find yourself asking “what are exotic cats?”. A good question with more than one answer. Exotic cats is a term we use to refer to several different groups of felines. Genuine wildcats like the bobcat for example are resolutely non-domestic and don’t make suitable pets at all. No wild animal does for that matter.

We also refer to hybrid breeds as exotic cats. Hybrids are usually breeds with some sort of wild ancestry, bred with domesticity in mind but targeting a particular characteristic or look. Common hybrid ancestors include servals, ocelots, caracals as well as some big cats. These hybrid breeding programs result in cats that have stunning wildcat looks combined with a more domestic temperament.

Finally we have 100% domestic cats that are bred to look like a wilder variety. They’re often bred specifically to resemble a wild breed, with exaggerated characteristics including large ears, paws or an interesting patternation. These cats have all the charm, playfulness and good temperament of your typical tabby but with superstar wildcat looks.

We’ve created a list of some of the more weird and wonderful exotic cats so you can find out all you need to know before owning one. You can find out more about each breed by clicking through to the main breed profile.

The Bengal is a beautiful and characterful exotic cat breed. It’s descended from a cross between a domestic shorthair and an Asian Leopard Cat. However, the Bengal has much of the playfulness of its wild ancestors and is full of energy as witnessed by its love of climbing. It’s a talkative breed with a bold and confident personality.  Read more about the Bengal Cat.

This beautiful and athletic Egyptian hybrid will have heads turning. The Chausie was bred as a hybrid of the Egyptian Jungle Cat and the domestic shorthair or Abyssinia. The resultant exotic cat is bursting with personality and full of adventure. With an intelligent face this smart cookie and specializes in seeking out hidden food and finding the most awkward nooks and crannies to snuggle down in. It has a very personable nature combined with some eccentricity that you might expect from a cat with some wild DNA.  Read more about the Chausie Cat.

Most people presume this must be descended from the wild ocelot but you shouldn’t judge a book by its cover. The Ocicat is 100% domestic and is actually the result of a selective breeding program between a seal-point Siamese and a distinctive Abyssinian. Because of this it has all the sweet nature of a fully domesticated cat with the striking looks of a wild breed. The personality of this cat is inquisitive and adventurous with a strong streak of curiosity. It adapts well to walking on a leash and will happily trot alongside you.  Read more about the Ocicat.

The Sokoke is a breed that comes all the way from the Arabuko-Sokoke Forest in Kenya. Unlike most cat domestic cat breeds the Sokoke occur naturally and lived happily in the forest until it was discovered in 1978 by Jeni Slater. She mistook them for wildcats but this was quickly disproved due to the tameness of the cats and the kittens she reared. There have been suggestions that they may constitute a domestic/wildcat hybrid but there is no evidence to suggest this is the case. The Sokoke is one of the rarest breeds on the planet and they’re not often available for sale.  Read more about the Sokoke Cat.

The Pixie Bob comes with a heaping helping of myth. Many people believe it’s the result of a liaison between a domestic cat and a wild bobcat. However, DNA testing conclusively proves that this isn’t the case. The Pixie Bob was deliberately bred to resemble its wild namesake through a program of selective breeding. It possesses many dog-like characteristics and exhibits tremendous loyalty towards its owner. The Pixie Bob is also very easy to train and with a bit of effort you’ll soon be able to slip the leash over its head and take it for walks.  Read more about the Pixie Bob.

The modern Savannah cat is the result of a mixed bag of breeding. Firstly it was with a large African Serval crossed with a small Siamese, followed by successive outcrossing with Egyptian Maus, Ociccats and various shorthair breeds. The end result is a stunning cat with a very distinctive appearance that definitely gets noticed. The Savannah is also an intelligent and athletic breed with a good nature and bags of energy. Like many of the breeds on this list, the Savannah can be very canine in its behavior. This manifests itself in its ability to fetch, sit and obey other commands.  Read more about the Savannah Cat.

The Serengeti is completely domestic despite its appearance which closely resembled an African Serval. This resemblance is entirely intentional and is the work of a biologist who had the idea to breed wild looking domestics to fulfill the needs of the growing exotic cat community. The logic goes that breeders would be less likely to trade in genuine wild and exotic cats if they could own these wild-looking Serengetis. The experiment was a success and the modern Serengeti, bred from Oriental Shorthairs and Bengals, looks uncannily like its wild doppelgangers. With so much Bengal in its DNA you won’t be surprised at how active, playful and athletic the Serengeti is.  Read more about the Serengeti Cat.

The Maine Coon is one of the most popular breeds around. The striking mix of long hair, large paws and distinctive features make this one of the most sought after exotic cats. It’s an intimidating breed with large paws and a thick tail and it’s an excellent mouser. Despite the wild looks, the Maine Coon is fully domestic and has a sweet personality and playful temperament. They’re comfortable around water and will actively seek it out. The Maine Coon is another exotic cat that adapts well to being walked on a leash.

Read more about the Maine Coon.

6 Cat Clothes You Need In Your Life